Marius Costin, CEO CEE at Mokka: A flexible, omnichannel service with many benefits for retailers 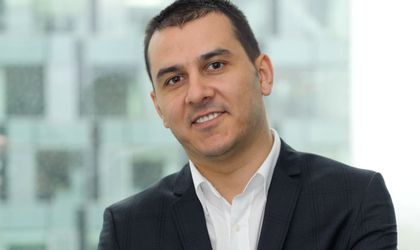 In July 2022, Mokka, the leading Buy Now Pay Later (BNPL) service in Central and Eastern Europe, appointed Marius Costin as its CEO for CEE, overseeing growth and development of the company’s operations in Poland, Romania, and Bulgaria as well as its expansion to new markets. To find out more about the company’s services and its remarkable growth in recent years, Business Review sat down with Mokka’s regional CEO for Central and Eastern Europe.

Buy Now Pay Later has been growing spectacularly and aggressively worldwide in recent years, becoming a real phenomenon. How do you explain this rapid ascension?

The success of Buy Now Pay Later can be easily explained – it is a necessary service, that the whole market, shoppers and retailers alike, have been expecting. Customers needed an alternative payment method to the traditional ones, one that is easily accessible, transparent and without hidden costs. Needless to say, it has to be completely digital, with instant approval, and installments that can be paid easily preferably on the mobile device. Buy Now Pay Later offers all these facilities. Retailers have also immediately discovered the benefits of this service – increasing the average check and conversion rate for merchants. In addition to the market’s need for an alternative to credit cards and conventional payment methods, the rise of BNPL can also be explained by the continuous refinement of technology, which radically transforms the shopping experience. In markets such as the US and Australia, an overwhelming percent of top retailers have already introduced Buy Now Pay Later. Simply put, this is the future. 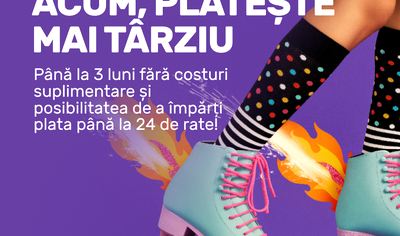 Mokka is the leading Buy Now Pay Later in Central and Eastern Europe and the first service of its kind in Romania. How do Romanian customers relate to this financing solution compared to other countries where Mokka is present?

Mokka is present in Poland, Romania and, more recently, in Bulgaria, where we introduced the service earlier this year. Romania is a country with a very high potential in this area and with a constant development. With the growth of e-commerce, in Romania, as in other countries in the region, there is a high demand from customers to retailers.

Shoppers have increasing expectations for their buying experience, which has to be user-friendly, convenient, allowing for different payment options, as well delivery options, and transaction speed. Leading merchants in Romania understand that BNPL is a financing service that brings them important benefits, thus more and more traders begin to use it.

Only last month, stores such as Reserved, Cropp, Mohito, House and Sinsay, as well as F64, the largest store dedicated to photography in Romania, have included Mokka in the payment methods available to their customers.

The typical shopper with BNPL in Romania tends to be younger and digital native. The core BNPL shopper is in this Millennial – Generation Z group.  So, people between the ages of 23 and 38-39 – this is very similar to BNPL users around the world.  Interestingly, despite the fact that, of course, Eastern Europe has a certain unique typology, the customer, this digital customer, this Millennial Gen-Z customer behaves just like anywhere else in the world. They are looking for value and an excellent experience when shopping online and in traditional stores.

What benefits get the merchants when implementing the Buy Now, Pay Later financing solution?

Mokka is a flexible, omnichannel service with many benefits for retailers. We work with retailers to anticipate shopper behaviour and deliver exactly what they need. When customers opt to pay with Mokka they tend to order more products, with higher values. It also reduces returns and the use of cash on delivery, which is so costly for retailers. Merchants know that offering Buy Now Pay Later payment options to their customers will increase their average purchase and the number of customers. For example, some of our partners in Romania that offer BNPL payment have found significant increases in checks when offering three months zero interest BNPL. Last but not least, the Mokka service can be used as a very effective tool for sales and marketing in offline and online shops.