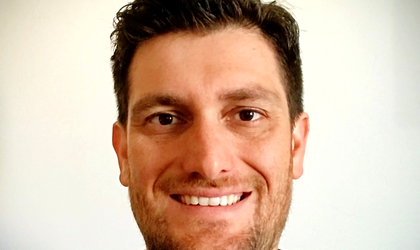 Decentralised Identifiers (DIDs) are a new form of identification technology which may well revolutionize the way people interact with the Internet. DIDs promise greater security, improved privacy, and increased self-sovereignty. But what about using DIDs to identify objects, such as IoT devices or even content? The Self-Certified Names for Named Data Networking (SCN4NDN) project takes this on and experiments with the use of DIDs as content identifiers. Dr. Nikos Fotiou, a researcher at the Mobile Multimedia Laboratory (MMlab) of the Athens University of Economics and Business, explains more in the interview below.

What is it about decentralised solutions that appeals to you and why are these solutions important now?

After the Cambridge Analytica revelations, it became clear how personal data can be used to manipulate users. Furthermore, as the Internet becomes more and more pervasive, especially through smart phones, data breaches not only include more sensitive information, but they also enable fine-grained phishing attacks. Decentralised identification technologies have the potential to solve these problems. Interestingly enough, centralised services are not impeded, on the contrary, companies that do not base their business model on collecting user data, support decentralisation of authentication and authorization, since it removes a security threat away from them. Therefore, this is a rare case where a technology that can improve our privacy has the potential to be adopted and deployed!

What’s unusual about your take on Decentralised Identifiers?

SCN4NDN integrates DIDs into the Information-Centric Networking paradigm, which is a novel networking architecture for the Next Generation Internet (NGI) that uses content identifiers, rather than content location, as a building block of its core networking functions. The project team at the Mobile Multimedia Laboratory (MMlab) of the Athens University of Economics and  Business and the University of Memphis, uses the NDN testbed, which is a worldwide  testbed for ICN research, to perform six-month long experiments to investigate and  demonstrate how this concept enables content authentication without relying on trusted third parties, secures performance-enhancing solutions – such as multihoming and  multisource information access – and increases resilience against fake items.

In order to achieve its goal, the project builds on a novel DID realisation referred to as  did:self. did:self is being developed by the MMlab team and removes the need for a trusted  DID “registry,” which is required by most DID implementations, without preventing  desirable functionalities, such as private-key rotation, DID (temporary) delegation,  encryption key revocation, and others that are usually provided as a service by a trusted  registry.

What is your personal motivation to work on SCN4NDN

SCN4NDN has the unique property that it combines Decentralized Identification solutions with Information-Centric Networking: two important NGI components which so far have been developed independently from each other. My research has always been around these areas, but SCN4NDN is the first time I have the chance to combine the two technologies receiving at the same time input and support by two very active communities. Additionally, the US-based partner of SCN4NDN, the University of Memphis with Professor Christos Papadopoulos, has been leading ICN development and experimentation for many years so this is a unique chance to create an impactful solution. Finally, with SCN4NDN I have the chance to participate in the biggest, internet-wide ICN testbed, which is managed by US based institutions.

What was the difference that NGI Atlantic made to the development

The SCN4NDN project is funded, through NGIatlantic.eu we moved from “development in the lab” to “large-scale testbed deployment,” which resulted in producing new tools that support the deployment process, as well as in updating our design to take into consideration the limitations and the particularities of an Internet-scale deployment. Additionally, through NGI Atlantic other developers had the chance to learn about our project. This motivated us to update our communication materials, as well as to create simpler versions of our protocols that can be used for fast prototyping of “hello world” cases.

How was it working with US teams, through NGI-Atlantic during COVID-19?

The project began in November 2020 and has a six-month duration.  Our project plan included at least two visits in the US. This kind of projects can really benefit from “hackathon” like meetings. Unfortunately, due to COVID this is not possible. Nevertheless, we arrange regular calls with our US partner which, despite the unconventional hours due to the time difference, are fruitful and productive. Moreover, the project brought us in touch with key US-based NDN developers and institutions. Of course, a key ingredient to our collaboration is that we all have been involved in ICN development for many years now hence we “speak the same language”.