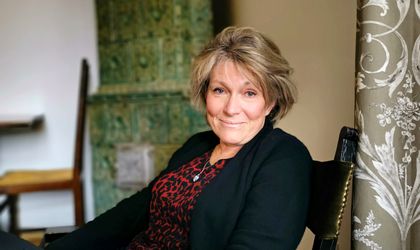 Just one day ahead of the start of the 7th edition of Karpatia Horse Show (23-25 September), Business Review sat down with Irina Bossy-Ghica to talk about the event and also about its unique location, the historical Cantacuzino Domain in Florești.

The Karpatia Horse Show has reached its 7th edition this year, what can you tell us about its journey, what were your biggest challenges and what are the lessons learned over the years?

Karpatia Horse Show is our most prestigious and beloved event. We started it with very little knowledge about what it meant to organize such a competition, but we received a great deal of help from the International Horse Federation (IHF) and its experts. And very soon we became familiar with all the do’s and don’ts of such a huge task with what the needs of the riders and their horses are and what the public expects. We grew into an international 3* competition and started a pony show in May too, Karpatia Pony Show, where children and their families came in large numbers. 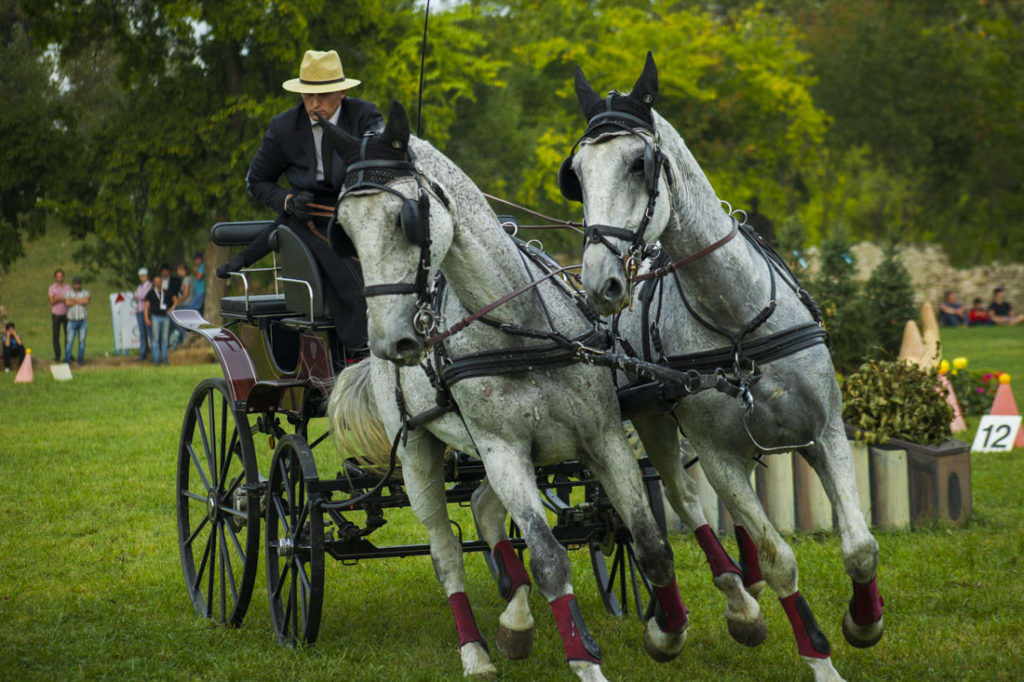 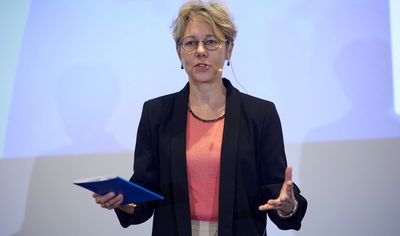 We hope to grow a new generation of horse riders and horse aficionados in Romania. Our biggest challenges came from the very high standards of such a competition, especially regarding the quality of the soil. It has to be just a little humid, not too damp or too dry, because it represents an impediment for the horses, their shoes and legs. And in Romania such a perfect soil quality is difficult to achieve, because it is often too dry in summer and our event is scheduled right after the hottest days in August. But we try to keep it at the right texture and so far the IHF has had no criticism. Also, we try to persuade the public to walk along the track in order to see all the obstacles in the cross country trial, but this is the most difficult challenge we have faced so far…! For some reason, people would not go too far away from the main arena! During this new edition we’ll try to lure them to the other sectors of our vast estate which is more that 100 ha!

What are the main novelties of the 2022 edition of Karpatia Horse Show?

The main novelty is that we are going to have live jazz music on Friday, Saturday and Sunday evenings at the end of the horse event, in order to give the public the opportunity to linger a few more hours on this spectacular estate with the floodlit ruin of the Cantacuzino Palace in the background.

What can you tell us about the location, the Cantacuzino Domain in Florești, a place with a long-standing history and with a deep connection for you personally?

It is indeed a place I cherish. It has been the cradle of the Cantacuzino family for more than 400 years and although I never went there as a child, during the communist period, because we were not allowed to set foot in any of our former properties, I am very proud to own it now and to be able to revive this grand Estate which was my great-great grandfather’s favorite dwelling. George Grigore Cantacuzino who was a prominent political figure of his time, at the turn of the 19th century, built three palaces in his lifetime and each one of them was meant to convey a message about how great and prestigious Romania was and how deep the family’s roots were in its soil. Take a look at the Cantacuzino Palace in Bucharest (which hosts the Enescu Museum nowadays): it stood out, when it was built, in its incredible Art Nouveau and neo-rococo style, as the greatest  –  and most beautiful architectural achievement of that time (1902). 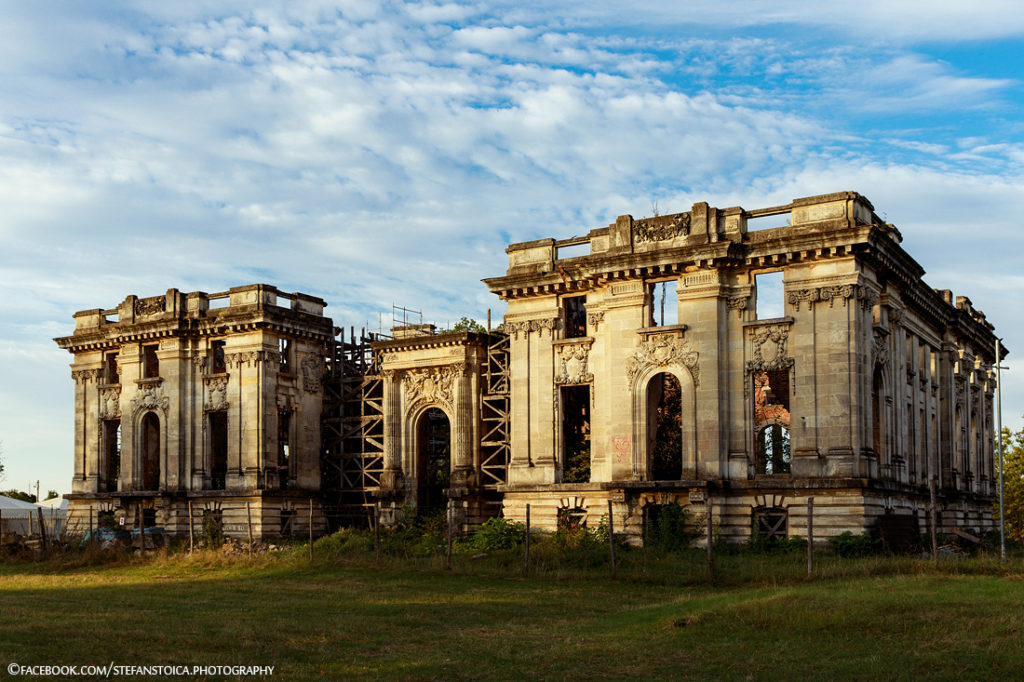 It was meant to show everyone – inside and outside Romania – that our country was in no way inferior to the most advanced and civilized countries of Europe: we were a rich country, with an educated elite who could afford such grand architectural achievements! He then had the Castle in Zamora (Busteni) built in a neo-Romanian style in order to advocate the Cantacuzino’s longstanding Romanian tradition, in spite of their Byzantine origin. As a proof of that is the ceiling frieze in the main ballroom of the castle where my great-great grandfather inscribed the names of all the important noble families in Valachia and Moldavia who were related to his family.

The Palace in Floresti is the replica of the Grand Trianon and it stands for all the values and pride the Cantacuzinos wanted to convey, namely that they were in no way inferior to the Kings of France! Indeed the family had ruled in Byzantine Empire as far back as the 12th century, setting them on an equal footing with the oldest royal and imperial families of Europe. The Palace was conceived by Ion Berindey, a Romanian architect who had studied in Paris and was also the author of the Palace in Bucharest and the gardens were designed originally by the Austrian landscape designer Meyer and later by Etienne Pinard, a French designer who had worked with Edouard Redont, a famous French landscape architect who created many of Romanian’s public and private parks and gardens. And indeed, the park was almost as impressive as the palace: it was a vast estate of quiet paths, canals, bridges and colorful gardens with a lake, a fake medieval tower hiding a water tower with sculptures and cascades intertwined amid the greenery. This is the first restauration objective we have, but funds are difficult to come by…

What are the values which drive the Karpatia Horse Show?

The reason why we were so interested in organizing a horse event on the Cantacuzino Estate was precisely because it matched our values and our vision of what we would like the Estate to look like or to become in the future. Horse riding and especially eventing are the quintessence of beauty, nobility and fair play. Those were the values my great-great grandfather George Grigore Cantacuzino represented and cherished. He built and embellished the estate with those values in mind and we would like this competition to stand as a model of what we would like our new generations to be inspired by. 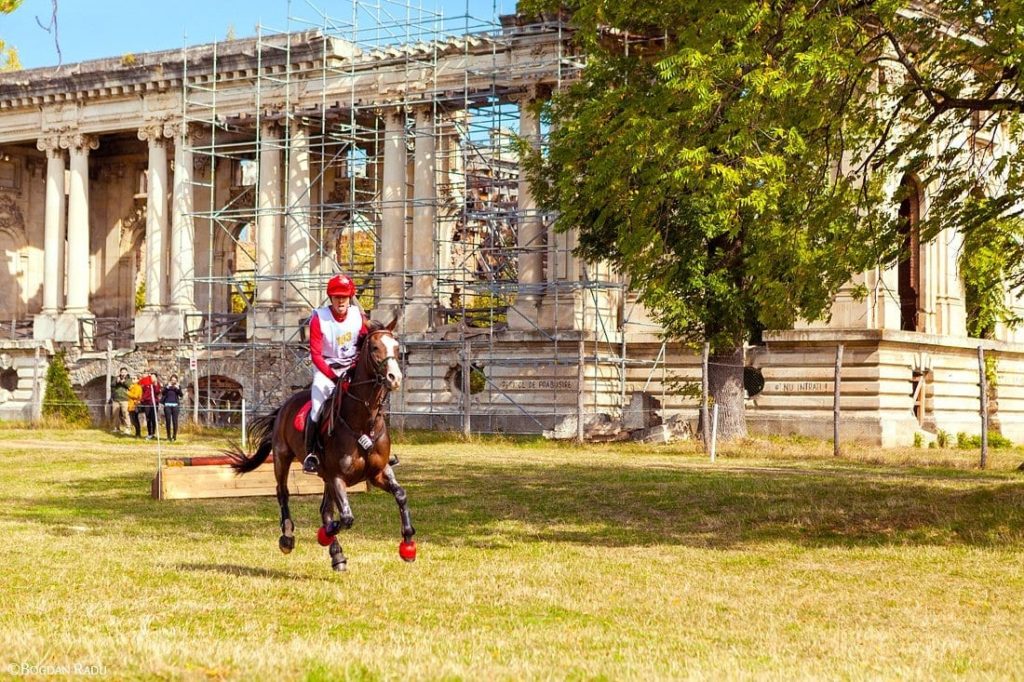 Looking into the future, what are your plans for the Karpatia Horse Show and the Cantacuzino Estate over the next years?

As I have already mentioned, the park is our main target and we have started annual Summer schools where experts from all professional fields come to teach and undergo practical work with students who are interested in architecture, landscape design, archaeology, arboriculture, stone-cutting or garden management.

Our dream would be to consolidate the grand ruin of the Palace which stands romantically as the ghost of a great family and achievement. But unfortunately the Romanian authorities do not think we are eligible for European funds. It is all the more a shame since these funds for the reconstruction of Historic monuments were created by the European Union to enable Easter European countries to rebuild their heritage destroyed by the Communist regime. They are at the center of their History and Identity, therefore a source of inspiration and reference for future generations.