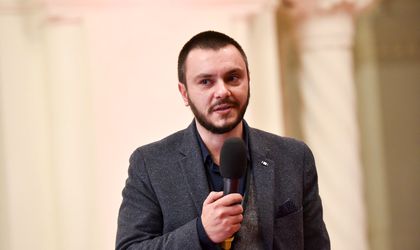 A speaker at the recent Foreign Investors Summit | 7th Edition, Bogdan Pătru, Public Policy Director Romania and Croatia at Mastercard, sat down again with Business Review for a follow up on the topics discussed at the summit, including Romania’s current status in terms of electronic payments, compared to other CEE countries.

What is Romania’s current status in terms of electronic payments, compared to CEE countries?

According to the National Bank of Romania, in June 2019, there were 17,7 million debit and credit cards on the local market, without counting the meal tickets, while in June 2020, their number reached 18,43 million, which means an increase of 4,16% in 12 months. At the same time, in Romania, over 9 out of 10 Mastercard card transactions are contactless, while in Europe, 75% of all Mastercard transactions are contactless. Online payments have increased significantly as well. Since the beginning of the year, Mastercard’s domestic e-commerce spend share in total card spend has doubled in Romania, while the number of online payments users has increased by a third compared to the same period last year.

Locally, electronic payments have registered a steady increase in recent years, an upward trend that has been driven by the consumers’ appetite for technology and tools that enables them to pay securely, easily and quickly, and also by the multiple accessibility and financial inclusion initiatives launched: offering grants to financial institutions to support POS installations for merchants, enabling contactless payment in the agrifood markets in Bucharest, Sibiu, Iasi and Galati, introducing contactless payment at subway turnstiles, the BPay app which allows people to purchase travel tickets online for the above-ground public transport in Bucharest. Also, we launched a  pilot project together with phos, thus introducing  a payment solution, available for Android mobile devices, that allows small merchants to accept contactless payment without the need for additional equipment, and we also announced the implementation of the Octet platform, together with BRD – Groupe Societe Generale, which enables SMEs to expand their activity globally, guaranteeing payment security and managing cash flows.

Mastercard also developed a series of initiatives to support the growth of financial education and to promote electronic payments. In 2019, we organized, in partnership with the Romanian Chamber of Commerce and Industry, the “Master Your Card” workshops series, during which participants learned about their options for managing corporate payments, the actors involved in the electronic payments landscape and the benefits of digital payments upon business. This year, together with Edenred, Sodexo and Up Romania, and in partnership with Qriser, we developed the educational program “Together for the hospitality industry” (ro. HoReCa Impreuna), where almost 800 entrepreneurs had the opportunity to discover ways to transform and digitize their business in order to adapt to the new online-offline hybrid reality, the benefits of digital payments and how they can overcome their limits in this area, and also, how to attract and grow their customer community. Last but not least, we strongly supported the Association for Promoting Performance in Education’s initiative to introduce  financial education courses in pre-university education, along with the printing of annual textbooks, , and also the digitization of textbooks, which are now available for over 85,000 students and over 3,400 teachers across the country, on the SchollMate.ro platform. 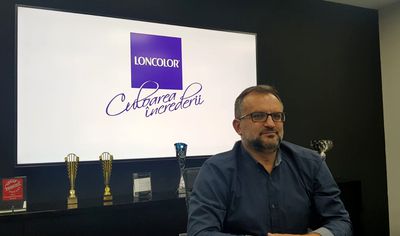 Read more about
BR Interview | Marius Niță (Loncolor): Recalibrating route was the mindset of the year for all marketers
read more

However, there is still much to be done in order to reach Romania’s maximum potential in terms of electronic payments.

In this regard, what measures should be adopted locally to further encourage electronic payments?

Following a study conducted in 2014 with PricewaterhouseCoopers regarding the impact of electronic payments on the economy, we developed 10 measures to reduce the shadow economy by 9.9% of Romania’s GDP, and also to contribute to the collection of 14 billion euros in the state budget, in a seven-years period, an amount that could have been invested afterwards in strengthening the medical and educational systems, as well as improving the road network. The 10-measures set included initiatives such as reducing the cash payment ceiling, strengthening fiscal discipline, facilitating tax collections, stimulating the development of infrastructure, connecting online cash registers with integrated POS, reporting card transactions, organizing tax lotteries, paying social on prepaid cards, limiting the payment of wages in cash and encouraging payments through tax incentives. Unfortunately, only the fiscal lottery was implemented, while six of these measures were partially implemented at the level of legislative provisions, and three were not implemented at all.

The cash-back law, but in its initial version, with the 10,000 euros threshold , could have also generated an extremely beneficial impact in terms of adopting digital payments, increasing financial inclusion and reducing the economic and technological gap between development poles – urban, small urban and rural. Data shows that, in the fourth quarter of 2016, immediately after the law with the 10,000 euros threshold was published in the Official Journal of Romania, the installation of card payment terminals saw  a strong upward trend. For example, the number of POS installed then in one semester was at the same level as the number of those installed over a three-quarter period prior to the adoption of the law. In one year alone, 40,000 payment terminals were installed. However, despite all the negative opinions from the Government, the Ministry of Finance and the NBR, the law was amended by the Parliament in 2018, and the annual turnover threshold for merchants rose to 50,000 euros, which means that only about 25% of all merchants fall under the law.

Several countries implemented similar measures to stimulate electronic payments and increase the transparency of transactions in order to reduce the gray economy, and best results were achieved by countries that had implemented packages of measures instead of individual initiatives. For example, since 2014, Greece has applied the cash ceiling reduction, increased the number of POS terminals and launched tax lotteries. Four years later, we see how these measures have accelerated the advance of digital payments and contributed to a significant decrease of the gray economy. According to data, the 1% increase of the card payment penetration’s degree led to a 1% increase in the degree of VAT collection, which proves, once again, the positive impact of digital payments on the economy.