Gabriela Mechea is the new executive director of ANIS 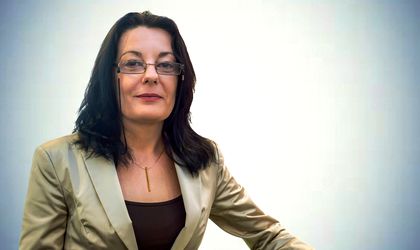 ANIS, the Software and Services Industry Employers Association, has a new executive director, Gabriela Mechea, who will replace Dragomir Valerica. After 17 years as ANIS Executive Director, Valerica Dragomir will continue his professional career outside the organization.

Gabriela Mechea has over 15 years of experience in top management positions in technology companies. Prior to joining ANIS, Gabriela has been leading Vector Watch for two years as managing director. Between August 2011 and September 2015, she held the position of country manager Romania in the security solution provider, Avira. Previously, Gabriela Mechea served as general manager of Gecad Net, 2005 – 2010, and CEO of Gecad Technologies, 2010-2011.

“Romania has a chance to grow, and this opportunity is also given by the IT sector. We have specialists appreciated by the major technology companies we have managed to keep in the country and, in some cases, to repatriate them, thanks to the ecosystem developed in Romania over the last 20 years and with the contribution of ANIS. I wish with the ANIS team and members to bring a new blast to the industry in its mission to create innovative products and services that will place Romania in the top of digital leaders. Valeric Dragomir’s contribution to ANIS and, implicitly, to the IT industry is undoubtedly extremely valuable and I want to thank her for her work,” says Gabriela Mechea, the new ANIS executive director.

ANIS celebrated its 20th anniversary since its inception, during which it contributed significantly to its promotion of Romania as an outsourcing destination with high added value and to the growth of the IT internal market. The association has succeeded in successfully representing IT companies’ interests in the legislative environment so that Romania can become a generator of innovation, and in the future a regional leader in the field.

“Gabriela is a professional with an impressive track record in some of the most important IT organizations in Romania. From the position of ANIS executive director, it will make a decisive contribution to the renewal of the vision and image of the association after 20 years in which the organization has successfully supported the development of the local IT industry. I also want to thank Valerica Dragomir for the effort and passion in all the activities and projects carried out by ANIS over the last 17 years and I wish her much success further,” said ANIS president Teodor Blidarus.

ANIS’s vision is in line with industry transformation and straightening to value-added software products and services. Therefore, more than 20 years after its founding, ANIS not only plays an active role in representing the interests of industry, but also contributes, through its impact projects, to finding and implementing concrete solutions to structural problems with which the local IT market is facing.

Specifically, in order to solve the problem of the lack of statistical data in the field, ANIS, starting in 2013, runs in partnership with Pierre Audoin Consultants consulting firm ANIS, a detailed annual report presenting the evolution of the main market indicators.

The Public Procurement Software Guide is another ANIS project through which the association supports the IT market that is experiencing a stagnation period. One of the most important objectives on the association’s agenda is education, from long-term measures to short-term concrete actions with national impact. These measures were materialized by launching the ANIS Scholarship Boosting Program and Infusion of Knowledge. The first edition gathered 35 innovative projects and had a prize pool of EUR 50,000.