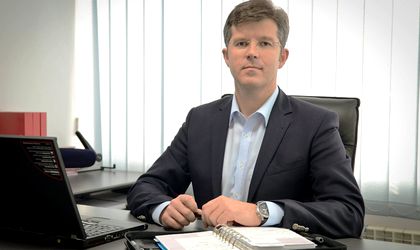 Briskton’s general manager will change after 11 years as Iulian Mangalagiu has decided to retire from his position as well as his role as a member of the board of directors.

“Brikston’s 11-year development cycle under the co-ordination of the two investment funds, Advent International and CEECAT, has successfully culminated in the takeover of the majority stake by Leier Group, an Austrian family company. Brikston had the best financial results for the past 50 years in 2018. It’s time to let someone else lead the new development stage of the company,” says Iulian Mangalagiu.

The position of general manager of the company will be taken over by the company’s current sales and logistics director, Adrian Minzat, from April 1. He will continue the company’s development strategy together with the new shareholder.

“I thank all those who have contributed in making Brikston a solid company today in the construction materials market. We are honored with the confidence that the new owner has given us and we have the belief that together we will be able to adapt to the values ​​and tradition of the Leier family. Access to Leier’s resources and experience, as well as my confidence in Brikston team performance, can lead to a new development stage,” says Adrian Minzat.

The company in Iasi, which employs over 210 employees, has completed half a century of activity on the Romanian market of masonry and finishing materials, of which the last 10 years under the Brikston brand. In 2007, the majority shareholding of former Ceramica SA was taken over by the private investment fund Advent International, when key changes were made in the company. With the help of the new management team and thanks to major investments in production lines, branding and research and development, Brikston has reached an annual sales volume of approximately 350,000 cubic meters of brick and ceramic blocks and over EUR 20 million turnover in 2018.

Company modernization has led to its transformation from a regional player into a national player. Brikston products are present in all counties of the country as well as in the markets of the Republic of Moldova and Ukraine.

“Performance is due to the seriousness with which we treated each partner and the attention we have given to the quality of Brikston products. During the first years of the brand launch, Brikston market share tripled to 19 percent in 2011-2013. The results were obtained by expanding the sales area, developing the product range and, last but not least, maintaining the quality of the products. The Brikston expansion was possible thanks to the emphasis we put on the needs of our partners and the investment in providing the most advanced and complex services,” says Mangalagiu.

“The change of the majority shareholder means a new step for the company. During the time when the investment funds were major shareholders, the company changed radically. Over EUR 30 million was invested in line C3, in new production, but also in quarries, forklifts, etc. With the Leier group coming as a major shareholder, the company has a chance for a new development cycle, and the steps it will take will be seen in the coming period. Brikston, along with the top management team, has long been prepared for such a change,” says Mangalagiu.

The main activity of the Leier Group, founded in 1965, is the simple and reinforced concrete prefabrication industry, ceramic bricks and blocks.

“We want for a long time to develop in Romania and to increase our presence in this country. Brikston, through the performance it has shown, will enable us to offer our customers a much wider range of products and maintain the high quality standards we have used so far,” said Leier CEO, Michael Leier.