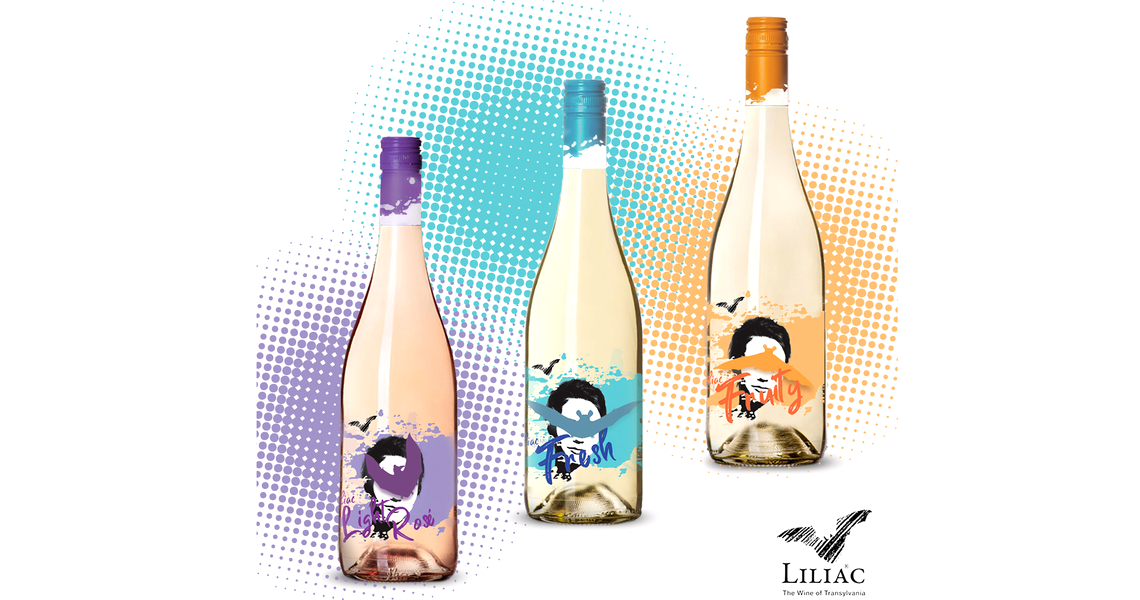 The newest label of young.LILIAC wines, the 2020 edition, was officially presented on the 18th of February, during an event that took place in the heart of Bucharest. The label was selected following the annual competition, which has become a tradition, whereby creatives are challenged to imagine their label for the next year, starting from the premises of the brand. The year 2020 is defined by simplicity.

The eight edition of the competition captures a new concept – “Label The Unlabeled” – meant to unleash the creativity of millennials. The challenge launched by LILIAC winery was to identify the new label for the young.LILIAC range, the 2019 harvest.

The young.LILIAC contest is expected every autumn by those who already know the concept. Through this approach, LILIAC brand aims to encourage the creative industry and support the core of local creativity. The only wine brand that understands the need for the total experience of what symbolizes wine, from glass to tasting, in a 360 degree perspective, aims to communicate directly with the new generation to support its innovation in order to gather insights.

This year’s label, selected by the Beck family from hundreds of labels proposed by young designers, highlights the essence of young.LILIAC. A wine created for the curious young people, who need no reason to enjoy a quality wine and who enjoy any social activity, as long as they are in their natural environment.

The concept of the new young.Liliac label is based on the photographic art following the principles of Pop Art

The winning creative proposal of the year belongs to Alexandru Strujac, an innovative creative defined by the futuristic mix between graphic design and new technologies. The new label presents perfectly the values ​​of the young.LILIAC brand. Developed based on the photographic art, the idea was born with the inspiration of the Blindness Neon Lights Portraits collection of the well-known visual artist Javier Martin. The concept illustrates the different positions of the fine flight of the bat, and the color followed the principles of Pop Art. The result is a label that gives you the impression that it comes to life once you make contact with it. In the contest “Label The Unlabeled” it was also awarded the popularity prize for the coolest design, and this year, the winner was voted on Liliac Facebook page. The winner is Roman Septimiu Cătălin, a creative young man, who is a student in Mureș within the Faculty of Applied Foreign Languages. Nowadays, Liliac revives the tradition that Transylvania has in viticulture. The landscape and modern technique create, on the 52 hectares, a perfect symbiosis. Here, local wines are created, which conquer through refinement and complexity. Whether white, red, pink or irresistibly sweet, every time we open a bottle of Liliac, incredible experiences are about to be discovered.

Thus, in the Liliac wines, besides the traditional Romanian varieties, hand-picked with love and care, there is also a significant percentage of international experience. Firstly, under the guidance of specialist Rudolf Krizan, who has studied for years the various aspects of wine production and, in the present, under the careful supervision of the French oenologist Laurent Dubreuil, the work within the vineyard, as well as those of the wine cellar, rise to the highest standards of professionalism. So we are talking about a consortium of wine lovers, which underline the high standards of Liliac wine.

amb Wine Company is part of the Austrian consortium Amb Holding. With an impressive portfolio in areas such as construction and real estate, Amb Holding is dedicated to sustainable development. In addition to the fascinating project of Liliac wines, amb Holding also focuses on other investment areas such as agriculture and forestry.