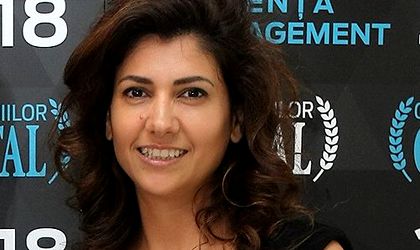 CTP, the most dynamic developer on the Romanian logistics and industrial market, continues its large-scale investment series in 2018, on the backdrop of national consumption growth, as well as industrial production growth of 5-6% and online retail effervescence. This year, CTP will surpass its 2017 performances, when it delivered approximately 180,000 m² of leasable space. In 2018, the company plans to complete over 300,000 m² of premium logistics space in Bucharest and across the country.

“So far, we have managed to deliver more than half of this total of 300,000 m2, which makes us confident in achieving this goal. The demand for new industrial spaces comes, to a fairly large extent, from our existing customers, along with whom we have built solid partnerships over time, but the development of new spaces is also supported by the demands of new customers who need  class A warehouses in Bucharest or other areas of the country in order to operate under the best conditions,” says Iulia Bușcă, Commercial & Business Manager of CTP Romania.

Since the beginning of this year, large companies such as DSV, Van Moer, Tibbett Logistics, NOD or Quehenberger have requested the expansion of leased areas within CTP properties. Bucharest benefits of the most significant investments from the company, already having 3 logistics parks in the northwest of the city: CTPark Bucharest (km 13), CTPark Bucharest West (km 23) and CTPark Chitila.

CTPark Bucharest West is the “star project”, aiming to become the largest industrial park in Eastern Europe, and already registering the fastest growth pace in Romania.

CTPark Bucharest West has the advantage of a most strategically convenient location, 23 km from the heart of the city and with direct access to the A1 motorway. Currently, 175,000 m² of industrial spaces are under construction and are expected to be delivered by the end of 2018.

Investments in Timișoara, Cluj-Napoca and Pitești

The company reconfirms its leadership position in Bucharest’s logistics real estate market, but its investment projects are not limited here: regional cities well-developed both economically and in terms of infrastructure, such as Timisoara, Cluj-Napoca and Pitesti, are also in the plan.

“We are making strategic investments in areas where demand is at a very high level, which is usually the case of the regions of Romania where infrastructure is good enough for our tenants and the growth of their businesses,” says Iulia Bușcă.

The Romanian industrial market enjoys the best period so far, and the proof is the current occupancy rate of over 95%. It is the most favorable time and CTP chooses to capitalize on. Therefore, this year, deliveries of spaces are also scheduled in CTPark Cluj II (30,000 m²), CTPark Timişoara II (9,000 m²) and CTPark Piteşti (30,000 m²).

The West remains a priority

The western area of the country is a priority in the company’s development strategy, thanks to its easy access to European markets. Also, the improvement of the infrastructure in this region and the raised interest of new investors from different fields, such as IT, automotive, electronics, retail or FMCG, make the west of the country a point of interest for CTP, which, besides Timișoara and Cluj Napoca, owns logistics parks in Arad, Deva, Ineu, Salonta, Sibiu and Turda.

“The rental demands on the industrial and logistics market continue to grow,” explains Iulia Buşcă, adding that no area in Romania is excluded in the future “as long as the basic conditions for the growth of our clients’ businesses are fulfilled: infrastructure, available workforce, economic development.”

CTP had a spectacular evolution in Romania and in just three years it became a market leader following the acquisition of existing projects and the development of its own logistical and industrial spaces. The company is also active in countries such as the Czech Republic, Poland, Hungary and Slovakia.

Present in 10 cities in the country.

More than 4.5 million m² of Class A spaces (Central and Eastern Europe).