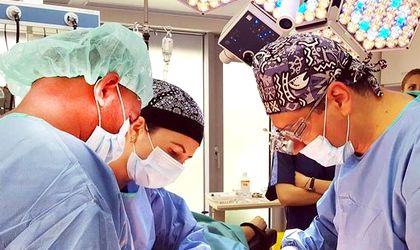 Zetta clinic registered a turnover increase by 12 percent to RON 4.7 million in 2017 and an year-n-year increase by 19 percent in the reconstructive surgeries.

“In Zetta clinic in 2017 were solved common cases, as well as cases of patients with complex issues. The increase were due both to the doctors’ special skills, as well as to the case management system implemented in the clinic. Through which every patient benefits from a coordinator who is in charge with all logistic aspects pre and post surgery,” says Andreea Constantin, general manager Clinic Zetta.

Out of the overall patients, around 15 percent were foreigners from over 30 countries. In the last year there were patients from Qatar, Iceland, Switzerland, Sweden and Arab Emirates.

In 2017 was founded the Zetta Association, the NGO of Zetta Clinic, which aims to continue the civic and social activity within the clinic.