Zenith study: Mobile will be the main online video platform in 2016 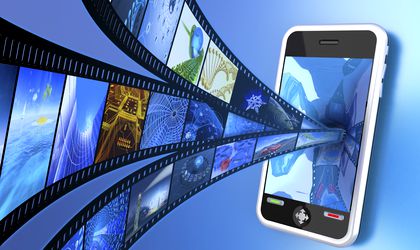 This year the mobile devices will surpass the “fix devices” as a main video online viewing platform, says the Zenith Online Video Forecasts 2016 report. The consumers in the entire world will spend in average 19.7 minutes a day viewing video online on the mobile devices (smartphone and tablets), comparing with 16 minutes on the fix devices (including here both platforms: desktop and smart phones). This represents a jump of 39 percent on mobile, comparing to the data of last year when 14.2 viewing minutes were recorded.

The video consumption on the “fix devices” remains at the same level this year. This is the second edition of the annual Zenith Online Video Forecasts. The report contains historic data and previews of the video online consumption and the advertising spending, along with the grades of the local experts on the development of the individual markets. This year’s edition covers 57 key markets, compared with only 40 countries at the first edition.

The fast video mobile consumption growth is generated by the following aspects: the ever growing popularity of the mobile devices, especially the low cost ones from the countries with small incomes, the perfecting of the mobile displays and the spreading of fast data connections, especially 4G. The video consumption in mobile will rise will 33 percent in 2017 and with 27 percent in 2018, reaching 33.4 minutes a day. The mobile devices will represent 64 percent for the total video online consumption in 2018.

The video online consumption will rise with 20 percent a year.

The tendency of the online video (as the one of the social media) is to rapidly attract the market share of the traditional banners that are less efficient and rejected by the consumers, especially on the mobile devices.

Most of the advertising spending in video will be given to the fix devices up until 2018.

Even most of the video consumption is mobile, the majority of the online video advertising spending is channeled to the fix devices and will continue to do so, in the same rhythm until 2017. The agency estimates that the video fix ads will represent 68 percent of the total video online advertising this year, with a decrease of 75 percent as compared to last year. Until 2018, the Zenith representatives are expecting that the mobile advertising will equal the fix one. The video ads are more attractive and efficient on the bigger screens, therefore the advertisers will continue to pay a substantial amount for the video fix advertising.

In more and more countries is becomes common behavior that the brands treat the online video as a complementary media to the traditional TV one, more than to see it as a competition. The online video can bring a bigger reach to the TV campaigns, especially among the youngsters and the faithful consumers that tend to be the most intense online video users. In the small markets, most of the times the advertisers are re-using the TV ads, even this is not the most efficient way of using video online: the online ads, usually, function better when they are shorter than the traditional 30 seconds spots. Some brands used successfully the online video by offering extended content to the interested consumers, by expanding the story present in the TV campaign.