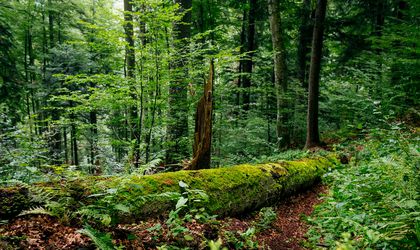 WWF recommends the implementation of a new payment scheme for pollutants and users of natural resources in order to efficiently use the resources in a sustainable way and maintain the ecological state of the environment.

According to the proposed payment scheme, the pollutant and the benefactor will pay a sum of money equivalent with the value of the resources used, as well as a compensatory sum of money for the exploitation of wood in restricted areas.

During the last year, the costs and benefits of natural resources were assessed and quantified to aid in the launch of a compensatory payment plan for forest owners. According to WWF – Romania’s latest studies, the value of the environmental services offered by the forests in the National Park in Maramures Mountains reaches over RON 128 million per year.

In Romania, the main causes of the loss of biodiversity are the deterioration of the ecosystems due to unsustainable development, unsustainable hunting or fishing and the fragmentation of habitats.

“During this project we’ve developed correct financial mechanisms and legislative suggestions for the sake of the nature, as well as people. For a sustainable management of ecosystems in protected areas it is essential to have a balanced financial mechanism that takes into account the contribution of both the provider and the beneficiary of the services,” said Alexandra Puscas, WWF – Romania project manager.

The studies were developed during the Solidaron project, implemented by WWF – Romania together with R.N.P. Romsilva, University of Bucharest and “Stefan cel Mare” University in Suceava and it will be finalized on July 31. The project is funded by a grant given by Iceland, Liechtenstein and Norway during the “RO02 Program”.