BR Analysis. The most valuable teams at World Cup 2018 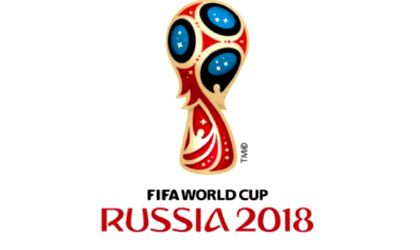 The 2018 Football World Cup will start tomorrow and it will be a good opportunity for players to shine and for clubs and managers to buy future stars. Usually, after the World Cup, many players get their ratings up and they can be worth a lot more money than before the tournament.

It will be interesting to see how the value of national teams will change after the Russia World Cup, so right now we will look at how national teams are valued according to Transfermakrt.com. The calculations are made using the value of the latest transfer of every player.

The Romanian team, which didn’t make it to this year’s World Cup tournament, has a total value of EUR 49.5 million. The most valuable player is Razvan Marin, central midfield at Standard Liege, worth EUR 7 million. Romania is ranked 30th in the FIFA rankings, with 782 points.

The French national team has the highest value, according to Transfermarkt, at EUR 1.08 billion. The value of the players does not mean that the team is also at the top of the FIFA world ranking, which counts the points gained in all the games the team played, so France is only on 7th place with 1,198 points.

Spain, the other favorite for the World Cup, is also worth north of one billion, at EUR 1.03 billion. Their FIFA ranking is even lower than France’s, with 1,126 points, which gives Spain the 10th place on the board.

The only nation that has won the World Cup five times has many valuable players and they are worth a total of EUR 981 million. Since it plays well in friendly matches too, not just in the official ones, Brazil has collected 1,431 points and it is on second place in the FIFA ranking.

The winners of the last World Cup have a value of EUR 883 million, not far behind Brazil, the team they beat in the last final. Germany leads the FIFA ranking, ahead of Brazil, with 1,558 points. Of course, they are also the main favorites for winning in Russia.

The best of Great Britain’s teams, England has a total value of EUR 874 million, with many stars on the team. But it is not seen as one of the main favorites, even if it may have the power to win the Cup. England is in 12th place in the FIFA ranking, with 1,126 points.

The small country of Belgium comes with a high value for the national team at EUR 754 million, thanks to players like Kevin De Bruyne (worth EUR 150 million), Eden Hazard (EUR 110 million) and Romelu Lukaku (EUR 90 million). Belgium is ranked third on FIFA rankings, with 1,298 points.

Argentina’s national team has a total value of EUR 696 million. Not too much, considering it has the most valuable player in the world, Lionel Messi, worth EUR 180 million alone (he shares the first place with Neymar, also valued at EUR 180 million). Argentina is on the fifth place in the FIFA rankings with 1,241 points.

The Italian team is one the world’s most powerful, but this year it did not make it to the World Cup. Still, the team is worth EUR 664 million, comes in on the 19th place in the FIFA ranking, with 951 points.

Looking for one more Cup with one of the most valuable players in the world, Cristiano Ronaldo (worth only EUR 100 million so far, but the number might change after the tournament), Portugal has a total value of EUR 464.5 million. The team is in fourth place in the FIFA rankings with 1,274 points.

The other rich and would-be-favorite team that didn’t make it to the final tournament is the Netherlands, which still has a total value of EUR 435 million. In the FIFA ranking it is on 17th place with 981 points.