Swedish fitness chain World Class has announced the opening of its 6th fitness club in Bucharest, and intentions to expand its footprint in the capital and other Romanian cities.

Inaugurated following an investment of EUR 2.6 billion, of which EUR 600,000 went into the equipment, the location represents a Greenfield investment, having been built in collaboration with Upground Estates, and done in cooperation with a Swedish architecture company. The World Class investment part amounted to EUR 1 million.

World Class International is one of the largest fitness chains in Europe, having opened locations in 14 countries in Europe and the Middle East. Romania is the most important country in the region, with 8 opened clubs, of which 6 are in Bucharest. The number of employees working at World Class in total is 150. 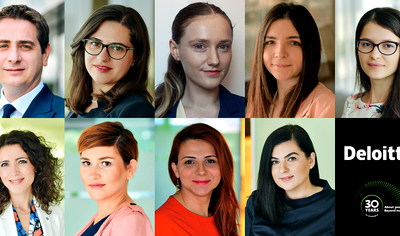 “Bucharest is the highest priority,” he explained.

However, the group is also looking at other cities in Romania, such as Constanta, Brasov, Sibiu as well as Cluj and Timisoara (where the company already has one location in each).

The target World Class customer is aged between 30 and 45, but the chain is working on programs for other categories, such as students and children.

Even though World Class was perceived as a luxury brand in Romania in the past, company officials said the situation in other countries is different, and the vision is changing here as well. “The corporate segment has increased rather much and we wish to open our gates for as many clients as possible,“ said Marius Nedelcu, country manager World Class Romania.
Otilia Haraga

Chairry is relocating its showroom at UpGround compound, owned by Globalworth