World Bank: Romania among countries where families buy or rent the most costly homes

Romania is among the EU countries where families feel the most costly overhead of renting or buying a home, a study by the World Bank shows. Unjustifiably high housing prices and high rents in large cities affect the employment prospects for young EU workers, say international institution experts.

The Living and Leaving: Housing, Mobility and Welfare in the European Union report analyzes how housing accessibility influences productivity, economic growth and opportunities for citizens in the 28 of EU Member States Residents in 26 of the 28 EU capitals said that finding good housing at reasonable prices was not an easy step.

”Housing in European metropolitan areas has become inaccessible to many people because the pace of development of new construction does not keep up with the demand. The fact that much of the housing stock is owned by older generations keeps away younger generations who can not afford to live in the most productive cities where there are the most opportunities for employment in quality jobs, such as capitals,” says Gabriela Inchauste, Poverty and Equality Economist at the World Bank and co-author of the report.

The report highlights three key recommendations for policy-makers at the EU level: Allocating unused lands for developing houses, accelerating the process of approving construction permits and investing in the development of residential projects located in adjacent areas of land with good transport connections from the suburbs, to allow cities to expand their economic network, and the creation of public registers to improve the transparency of house sales prices and, consequently, to stimulate competition between areas.

Greece, Bulgaria, Denmark, Germany, Romania and UK are the countries where families are most affected by the excessively burdensome cost of housing, while residents in Malta, Cyprus, Finland, Ireland, Estonia and France do best on this matter in the EU. 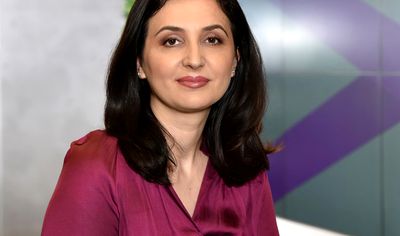 ”Currently, housing is considered the biggest problem at the national level in many EU countries. This problem is at the center of the ever-growing economic division in Europe, and people are worried. If they had an appropriate policy framework to ensure the development of residential developments when housing prices are rising, EU Member States could help young people have access to affordable housing, which would have a positive domino effect on social mobility and productivity,” said Arup Banerji, regional director of the World Bank for the European Union states.

Starting from previous studies, the report points to the inequality that new housing deficits create between generations. It highlights the fact that fiscal and public spending policies in the EU focused mainly on dwellings owned, with higher benefits for older generations.

By contrast, very few resources were devoted to programs designed to encourage the development of residential neighborhoods and to reduce the cost of rent, which would help young people.

As far as Romania is concerned, the house prices of the main cities, like Cluj-Napoca (where the market sky-rocketed in the last years and is the most expensive in the country on average), or Bucharest, Timisoara, Iasi, Constanta and Brasov are affected. On the rents component, again Cluj-Napoca is the most expensive city, with EUR 400/month for a one-bedroom apartment, followed by Bucharest with EUR 367, and Brasov with EUR 310.