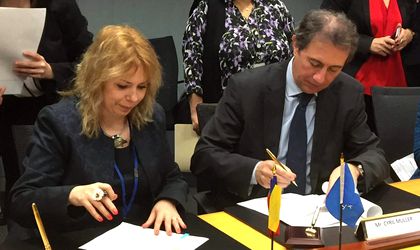 Romania has received another EUR 48 million from the World Bank to expand the Integrated Nutrient Pollution Control Project.

It is estimated that around 30,000 small farmers and 100 localities will benefit from fresh investments due to the  loan.

The EUR 48 million additional financing will complement the ongoing EUR 50 million WB-backed project and will focus on scaling-up investments and management practices to reduce nutrient pollution from agricultural, livestock and human sources nationwide. There are not EU grants allotted for such initiatives in the country.

“Romania continues to have extensive agricultural production on small-size farms, which raises the challenge of how production practices are applied with respect to the environment”, said Anca Dragu, the minister of finance.

The project will support Romania’s efforts to reduce the discharge of nutrients (nitrogen and phosphorus) into Romania’s water bodies and meet EU provisions in this area.

Environmentally-unfriendly agricultural production practices are prevalent in Romania’s rural areas. The discharge of animal waste into groundwater in the vicinity of households, due to lack of adequate storage facilities, pose a general health hazard for the rural population, such as blue baby disease, which can lead to infant death. Since 2007, the World Bank has supported Romania’s battle with nutrient pollution countrywide and has worked to improve agricultural production practices, according to a press release of the international lender.