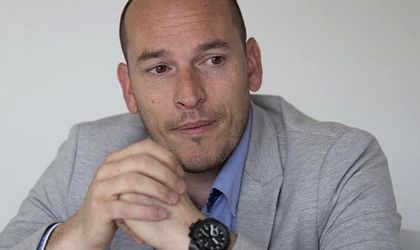 Rent prices in the university cities have increased, as every year, starting September up to 25 percent compared with summer period. The prices increase is determined by the students arrival in big cities once with the start of university year, according to the real estate platform Wizmo.ro.

According to the study,  rents in cities such as Bucharest, Cluj, Iasi, Timisoara, Constanta, Sibiu and Brasov registered this year a growth by 20-25 percent compared with the summer period. The sharpest increases were recorded in Bucharest.

„Those who choose to study in Bucharest search for apartments in central areas ( Universitate, Romana) where prices range between EUR 400-500 for two-room apartments. On the second place are the apartments near subway stations, especially those on Pipera-Berceni line, where the rent is approximately EUR 500 for 3-4 room apartments,” said  Monica Raschitor, general director Silver House Invest.

The closeness to the subway, the transport means or the university centers are the most important factors for the rent choice.

According to real estate agency CAI, the peak period in rent prices increase is October-November, an interval where rents can increase even by 35 percent depending on the apartment positioning and its facilities.

The money spent by students range from one city to another between EUR 90-180. Also, most of the students choose to share the rent with other colleagues considering the market costs.

„The monthly budget of a student for rent is on average approximately EUR 90 in Brasov, EUR 100-110 in Constanta, EUR 180 in Cluj and EUR 150 in Bucharest, for shared apartments. Approximately 80 percent of students choose to live with another colleague and the preferred apartments are those with 2 and 3 bedrooms,” said Stefan Pop, general director CAI Imobiliare.

Students who choose to rent a studio spend on average EUR 250 monthly.

„Around 60-70 percent of students rent for an average period of 10 months. Only those who have a job or are in a relationship with a person who finished their studies stay longer,” concluded Mihaela Popa, general director Agasse Imobiliare.