With an EUR 2.13 bln portofolio, Globalworth plans to develop 130,000 sqm office in Bucharest and 175,000 sqm industrial in Timisoara 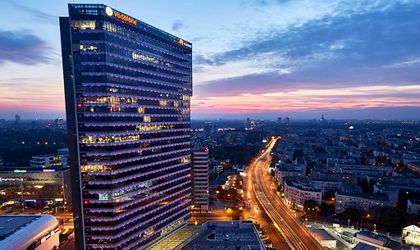 According to the last unaudited report of Globalworth Reals Estate, at H1 2018, the copany reached a portofolio of assets of 923,600 sqm in Romania and Poland, valued at EUR 2.13 billion, of which EUR 1.2 billion in Romania and around EUR 920 million in Poland. The company reported a net operating income of EUR 51.7 million în the same period.

In the first half of the year, Globalworth acquired three office buildings in Krakow, Warsaw and Wroclaw, and three land plots for future office developments in Bucharest.  In total, EUR 276.2 million were invested, predominantly in acquisitions and our development programme.

The company have also established a collaboration with Mindspace, the global operator of high-end, inspiring coworking space, extended the business relationship with in Romania, with three new locations to be opened at Globalworth properties in Bucharest, Globalworth invested USD 10 million in Mindspace to support their ongoing growth.

Within its development programme, the company completed Tower 2 of its Bucharest’s Globalworth Campus project in Q2-18 and has now commenced the construction of the 34,800 sqm third and final tower, which is due for completion in Q4-19.

Development at the company’s 42,300 sqm Renault Bucharest Connected joint venture is progressing is set for completion in Q1-19.  In addition, plans are being progressed for a further 130,000 sqm of new office projects in Bucharest and up to 175,000 sqm of light-industrial and logistics projects in Timisoara.