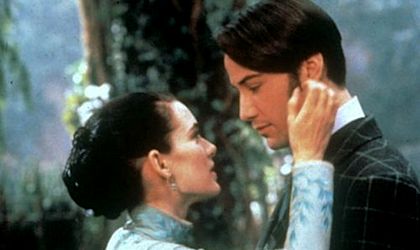 In an interview promoting their upcoming film “Destination Wedding”, Winona Ryder and Keanu Reeves were reminiscing about the time they filmed “Bram Stoker’s Dracula” in Romania back in 1992. Ryder said she’s “not entirely sure they didn’t have a real wedding” while filming for the movie, according to EW.com.

“We actually got married in Dracula. No, I swear to god I think we’re married in real life,” Ryder said. “In that scene, Francis Ford Coppola used a real Romanian priest,” she added, reminding Keanu Reeves that they went through the entire ceremony and both said “I do”.

Director Francis Ford Coppola later spoke about the event and said that the two actors were probably officially married in Romania. “Having the real wedding ceremony as it might be in that religion would be beautiful,” he said, and added: “So in a sense, when we were all done, we realized that Keanu and Winona really are married as a result of this scene and this ceremony.”