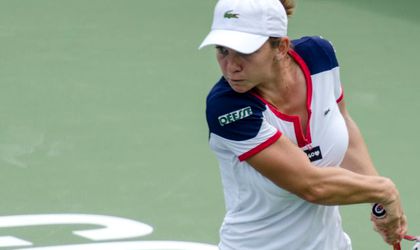 The semifinal match between Eugenie Bouchard and Simona Halep on Centre Court at the All England Club on Thursday ended with the Canadian’s victory.

Bouchard won 7-6, 6-2 after a match that lasted for an hour and a half and with Halep’s game severely affected by an injury.

Simona Halep called for an injury time out 12 minutes into the match and had her leg bandaged. The game was interrupted again after somebody in the audience fell ill.

For her qualification to the semifinals, Halep has won 780 WTA points and 440,000 British pounds.