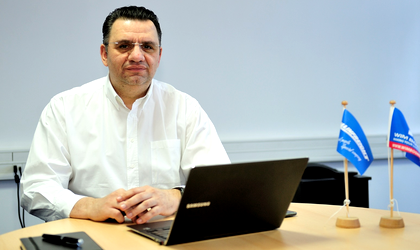 Wim Bosman Romania, logistics service provider in Romania, part of the New Zealand group Mainfreight, plans for a turnover increase of 15 percent in 2016 and is aiming to invest EUR 1 million for the purchase of machinery and work equipment, but also new transport units, according to a company press release.

The growth registered at the end of 2015 was due to new collaborations with retail and FMCG clients, but also due to the EUR 500,000 investments in renewing the company’s truck fleet and optimising the IT (hardware and software) infrastructure, adds the press release. “In 2015, we focused on developing the operations of our hub in the center of the country, in Cluj-Napoca, and the regional results were increasing the turnover with over 50 percent from the previous year and adding new clients to the portfolio,” said Emil Ion, managing director, Wim Bosman Romania.

In the first quarter of 2016, the client portfolio for Wim Bosman Romania’s national distribution services will see the addition of 3 new names.

In 2011, Wim Bosman became the European subsidiary of Mainfreigh, logistics group present in Oceania, Asia, the United States and Europe through 211 subsidiaries, 5,200 employees and an annual turnover of approximately EUR 1 billion.