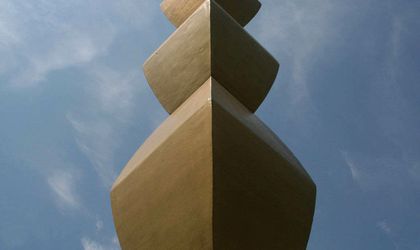 Currently, Romania has seven sites listed on the UNESCO world heritage list, as follows:  churches of Moldavia, Dacian Fortresses of the Orastie Mountains, historic center of Sighisoara, Monastery of Horezu, villages with fortified churches in Transylvania, wooden churches of Maramures and the Danube Delta.

Several attempts have been made for other sites, but the most recent was in 2014, when the Ministry of Culture, with the support of the former Prime Minister, Victor Ponta, proposed the Constantin Brancusi ensemble from Targu Jiu (Gorj County) to UNESCO. However Romania withdrew the nomination almost last minute, in June 2015. Moreover, the decision came after the UNESCO committee suggested that the nomination is incomplete.

But how had this happened in the first place? According to the national press, Romania has been trying to put the Brancusi ensemble on the world heritage list for 25 years now. The actual working file was started in 2011 and has cost, according to an investigation made by Romania Libera newspaper, over EUR 30,000. Former PM Victor Ponta also contributed to the file – in 2012, during the local elections, he used the ensemble’s symbols as marketing tools and promised to help make the site part of UNESCO heritage. A few months after the file was officially withdrawn, which happened in June 2015, Victor Ponta declared in a press conference at the opening of the academic year in Targu Jiu that “there wasn’t enough political lobby. The committee was in Germany this year, they didn’t care about us. I thought that now Germany will love us, but they don’t,”  the former prime minister explained the situation. He promised again to find money to finance the file, after the Ministry of Culture, together with the other parties involved made a proper proposal, which was not the case anymore, due to the political changes.

The same investigation made by Romania Libera revealed also that one of the world’s specialists in Brancusi’s work, researcher Doina Lemny, who currently works in Paris at the Pompidou Centre, was disappointed by how the Ministry of Culture has handled this nomination. The Ministry asked her to write about the artist’s work – but they didn’t show her the final document. “I felt fooled,” declared Doina Lemny for the newspaper.

Romanian mass-media has found the official document that was presented to UNESCO’s committee this summer. The language of the file is French, but according to all specialists and non-specialists, the text is poorly-written and the information quality is poor and copy/pasted from public websites, even from Wikipedia, the free online encyclopedia written by contributors. “I saw and I read the file regarding the nomination of the Brancusi ensemble to the UNESCO list. It’s a shame. If we can’t find a specialist in the entire Ministry of Culture who can write in proper French, then I’ll be the one who will rewrite the entire file,” declared the current Minister of Culture, Vlad Alexandrescu, in an informal press meeting which took place recently. “Now we hired another specialist to take care of this specific file, Irina Iamandescu, who is fully in charge of reorganizing the information for the file,” added the minister of culture on the same meeting.

On February 18, 2016, just before the commemoration of our great Romanian artist, Vlad Alexandrescu stated that the file will be completely rewritten, allocating adequate resources, including international experts and the necessary budgetary resources. “In these conditions, we expect as a possible formal submission of the file to UNESCO at the earliest in February 2018, with a submission for prior consultation with the World Heritage Centre in September 2017,” wrote Alexandrescu on his Facebook page, where he makes most of the public declarations.

Still, the subject is quite sensitive in terms of what to put on UNESCO’s list and which is the surface to be taken into consideration. The Constantin Brancusi Sculptural Ensemble at Targu Jiu pays homage to the Romanian heroes of the First World War. The ensemble comprises three sculptures: the Table of Silence, the Gate of the Kiss and the Infinity Column, on a 1,300 m (4,250 ft.) long axis, oriented west to east, passing through the city.