What’s in for Romanian companies from TTIP 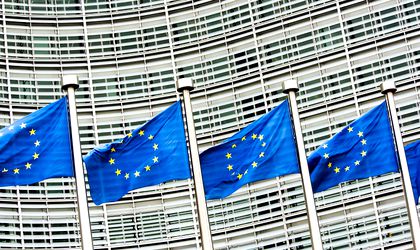 The Transatlantic Trade and Investment Partnership (TTIP) will have a net positive impact on the Romanian economy, albeit beneath the EU average impact in the current conditions, predicts the European Commission. However, adopting measures that would support the more than 1,000 local companies that export directly to the US will eventually prove beneficial to the country’s overall exporting performance, the institution believes.

Out of the approximately 650,000 companies active in Romania, only an estimated 20,000, or a meager 3 percent, export, according to official data. Even fewer, about 6,000, are exporting outside the EU. Making sure that the local firms that sell their products and services in the US are ready to fully benefit from the opportunities brought about by the TTIP trade agreement currently being negotiated by the EU and the US should be a priority for local authorities, according to Lucian Cernat, chief-economist with the Directorate General for Trade of the European Commission (EC).

This would help more companies expand their presence abroad, regardless of the TTIP’s fate, he argued during a round table organized by the Representation of the EC in Romania. Should such companies be local SMEs that would be even better as some 80 percent of the firms that export to the US are owned or controlled by foreign entities, official data show.

The EC has carried out a survey among EU exporters to the US which found that non-tariff barriers are indeed more cumbersome and costlier to comply with than actual custom taxes, said Cernat. “Many of these non-tariff measures such as pre-customs inspections, the issuing of conformity certificates or packaging requirements, have to be complied within the country of origin. In other words, many of these barriers are in Romania,” he added. Even though these are measures asked for by the US or other non-EU importing countries, the way they are handled could be reanalyzed and simplified, added the EC representative.

“Romanian exporters complain about certain procedures that involve local authorities. These can be excessively cumbersome, take too long, cost too much or there may not be predictability in the way things are handled. It is clear that every EU country should ask itself what procedures can be improved and made more efficient without having to negotiate with any trade partner and thus give its exporters a competitive advantage,” said Cernat.

The TTIP will have a net positive impact on the Romanian economy, although this will be beneath the EU average in the current conditions, warned the EC representative. According to him, Romania has the highest level of export-generated jobs in the EU, namely 70,000 new jobs for every EUR 1 billion of exports. Higher exports would follow increased competitiveness and productivity levels. “Due to their higher productivity, exporting companies also manage to pay higher salaries. At EU level such firms pay their employees between five and 16 percent more than a company that doesn’t export,” said Cernat.

Several local industries would benefit considerably straightaway, he believes. “One example is the textile sector, where some 15 percent of the existing jobs are supported by transatlantic exports. These jobs will be positively influenced by the TTIP from day one,” he said. However, not all agree. Wages in this sector remain very low and Romania would do better to promote higher value and more innovative products and services, argue other pundits.

This raises once again the need for a coherent national exporting strategy favoring the production and export of innovative products, pointed out representatives of local firms. “We as a country need to do our homework here, at home, to benefit from all the instruments that would become available through this partnership,” stressed Florin Jianu, president of the National Council for SMEs. To make sure that local companies can compete on an equal footing with foreign firms, Romania should also regulate financial instruments that are available elsewhere, he added. For example, Romania doesn’t yet have a crowd funding law and while a ‘business angels’ law has been passed it still lacks implementation norms, added former minister Jianu. There is also the issue of Romanians needing visas to travel to the US, which Jianu and other businesspeople said the government should raise and negotiate more dutifully.

This is only one of the concerns raised by representatives of the local business community. Commercial arbitration rules that would allow corporations to sue governments and a possible watering down of EU rules on food standards and the use of genetically modified organisms have also caused concern. But overall, the main objection raised by local businesspeople is that the TTIP will disproportionally favor large corporations while smaller companies may fall victim.

“Obviously there are aspects that could be negative for certain sectors. A single trade agreement that can benefit all companies doesn’t exist. Some will benefit while others will obviously be negatively affected. What matters is the net contribution to overall competitiveness,” said Cernat. Taking measures like the ones proposed by the EC will make life easier for all exporters and offer Romanian companies a competitive advantage regardless of TTIP’s faith, he stressed. “This would be good for the economy with or without the TTIP.”

All seemed to be moving forward with the TTIP at the end of April when US President Barack Obama met with German Chancellor Angela Merkel in Hanover. In a joint press conference the two painted a positive picture of the impact the TTIP would have on both sides of the Atlantic, of the progress made so far and the prospects of consensus in a not so distant future.

Talks on the TTIP began in the summer of 2013 with officials in Washington and Brussels confident they could agree on the general terms by the time Barack Obama’s successor was known in November this year. At the end of the negotiation process lay the creation of the world’s largest free-trade zone that would boost the EU economy by EUR 119 billion per year, or about EUR 500 for an average household, EU data indicate.

However, the agreement proved highly controversial from the off, and behind closed doors, the negotiation process has been slow and bumpy. Secrecy surrounding the whole process of regulatory harmonization has led to a plunge in public support for the deal in both the US and EU countries such as Germany, according to survey data quoted by Reuters. This has been fueled by fears that the deal would water down consumer and environmental standards in the EU and give corporations excessive power.

A serious blow to the negotiation process was dealt in early May, when Greenpeace leaked secret papers revealing that negotiations were stalling due to “irreconcilable” differences in several areas, including US demands that the EU compromise on environmental protection standards. In response to plunging public support for the TTIP, French president Francois Hollande said following the leaks, “At this stage France says ‘no’” to the deal, casting doubt on its entire future.