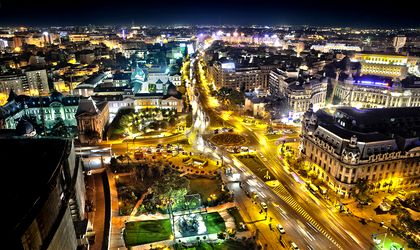 With the weather set to stay sunny until Sunday, this April’s Fool’s weekend is the right time to get out of the house. From fashion fairs to book fairs to running marathons, there’s plenty to do in Bucharest this weekend to de-stress after the work week.

For those looking to update their spring/summer wardrobe, the Cloud No. 9 Pop-Up Store will re-open this weekend at The Ark, where over 50 Romanian designers will be launching their spring/summer 2016 collections. Among them, the creations of Ana Morodan, Andreea Raica, Jojo-Catalina Grama and Carmen Negoita will be present.

Another not to be missed even this weekend, for those who are passionate about sci-fi and fantasy books, the fifth edition of the Final Frontier book fair will be taking place at Connect Hub between 11am-7pm on Saturday and Sunday. It’s the only book fair dedicated to sci-fi and fantasy literature in the country, and all avid readers are bound to find something to catch their eye.

If out and about on Saturday, around 4pm near University Square, one might want to stop for “the fluffiest and happiest fight,” specifically the International Pillow Fight Day event, where all that is needed is a soft pillow or a plushie toy. The event will be taking place simultaneously in New York, London, Barcelona, Tokyo and another 50 cities around the world and is on its third edition in Romania.

Having just opened this Wednesday, the “Bucharest’s Missing Hospitals” exhibition at the Bucharest Museum promises to offer “a look at the Bucharest hospitals whose activity was stopped as a result of earthquakes, bombings during WWII, or lack of financing and the processes of retrocession post-December 1989,” according to the Facebook page of the event. It’s certainly something history buffs will not want to miss!

For the music lovers, the third edition of the Jazz in Church festival is taking place this weekend at the Evanghelica Church C.A. in Bucharest where legends of European jazz, such as John Surman or Palle Mikkelborg will be taking the stage. Something new compared to previous editions is that the festival will have a night dedicated for people with disabilities, with 100 seats reserved for them through a partnership with the National Authority for Persons with Disabilities and the Help Autism Association (entrance to this night’s concert is free).

Another thing to keep in mind this weekend is that traffic will be restricted due to a series of sports events, according to the Bucharest traffic police, cited by Mediafax. On Sunday, between 9.30-11.30am, near Piata Unirii, the “10km” marathon will take place, followed by the “Family Run” competition between 11.30am-12.30pm around the Parliament Palace and the “Kids and parents run” marathon between 13.00-15.00pm.

Traffic will be restricted between 6.30am-15.00pm in the areas where the marathons will take place, and between 8.00am-18.00pm on the Unirii Blvd. between Piata Constitutiei and the I.C. Bratianu Blvd., and on the streets adjacent to the Piata Constitutiei.

Given this, perhaps this weekend is also the right time to discover Bucharest on foot while going from one of the many events taking place to another.