What novelties will the Openville Timisoara project bring? A park, themed cafes and the concept of VIP Cinema 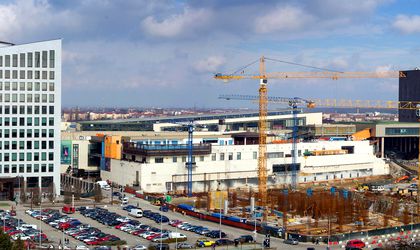 Cafés and restaurants with themed interior designs, a novel manner of watching movies, terraces with a panoramic view of the park built from scratch in the middle of the city, thousands of trees, various outdoor events, new brands – these are only a part of the novelties that the Iulius Company promises for the first mixed-use urban project in Timisoara.

If the construction works carried out in the Openville project until the end of last year focused on office buildings and the multilevel parking facility, as of this January the cranes have also started to rotate for the fitting out of the new commercial premises provided in the project. An additional area of no less than 47,000 sqm will be created, with the retail areas being comprised in an expansion wing of Iulius Mall, at the ground floor of the office building and in the proximity of the upcoming park.

But how will the new project – the first phase of which is due for completion by the end of this year – surprise the citizens of Timişoara more precisely? Iulius Mall, a 350 stores’ giant, will be integrated in the mixed-use development set to include seven office buildings, new brands, event halls, a new concept of cinema, a park spanning on 55,000 sqm, numerous entertainment features, and more than 4,068 parking spaces.

The retail area of Openville will be a unique development owing to the novelty of the proposed concept: leisure options designed for the entire family – both indoors and outdoors. More precisely, Openville Timişoara will be the venue where you can spend your day shopping, dine with friends, stroll with your family in the park, relax on the park lawn, or enjoy cultural events and many others.

Local entrepreneurs to open for business in the new project

Similarly to Iulius Mall Timişoara, which is visited annually by 16 million people from the west of Romania and its neighbor countries, Openville will also appeal to a regional client pool. International brands will join the major retailers that already operate in Iulius Mall, and a part of these latter retailers will expand their operations. Moreover, the Cinema City cinema operator will expand up to a total of 12 movie theaters and will introduce the citizens of Timişoara to the premiering concept of VIP cinema, i.e. dinner and a movie, on an ultra-all-inclusive basis. The new tenants’ list includes not only international retailers, but also numerous entrepreneurs in Timişoara, specializing in services or public food service activities. With a good trade area warranted by the popularity of Iulius Mall and the employees in the office buildings, local investors have leased premises where they will open restaurants, cafés or pastry shops, either via established franchises or based on original concepts. 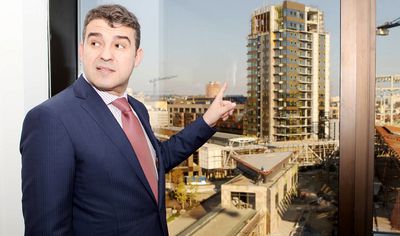 1,000 trees, carousel for children and a lake in the Openville project

The primary novelty of the Openville project, however, is the park. The green area will span on a 55,000 sqm area and will become the largest suspended park in the country. This feature will be astonishing owing to its original fit-out, as it is scheduled to be built from scratch over the course of this year, on top of the upcoming underground parking facility of the project. The Iulius Company promises that the park will be one of the most spectacular in Romania by virtue of its features: more than 1,000 trees, 20,000 shrubs, special turf that visitors can sit on, plazas for outdoor events, promenade alleys, as well as a carousel for children, a lake, and numerous cafés and restaurants located in its vicinity.

After the two office buildings completed in 2017, works are currently underway in Openville for the third office building and the new retail premises, while the multilevel parking facility is drawing close to completion. Construction works are due to commence over the upcoming period for the tallest building in Romania.