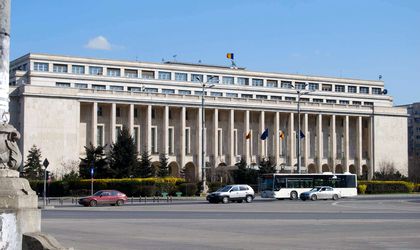 With the left wing party PSD having won the general and set to form the new government, here are some of the measures that the party led by Liviu Dragnea included in its political manifesto regarding the economy.

Who would lead the sovereign fund?

The party’s main promise in the economical field is the creation of  a EUR 10 billion sovereign fund called FSDI, which would include 200 state-owned companies.

In the next four years, the FSDI would raise RON 61 billion through a combination of bond issuance and  attraction of other sources in investment projects, according to the political manifesto.

The fund would be used to increase the capitalization of state-owned banks CEC and Eximbank and also to cover investments in hospitals, roads, irrigations systems in the agriculture and R&D.

PSD says the FSDI would have a supervisory board comprising nine members and a managing board of five members. The left wing party states that all the members will be selected in a transparent manner and the evaluation of the fund will be done on an yearly basis by an audit firm.

In a separate chapter, the PSD said that its program for start-ups would generate 60,000 new jobs by 2020.

The social democrats plans to create the Ministry for SMEs, Entrepreneurship and Tourism and to launch an Economic Code, which would include the Fiscal Code, the Fiscal Procedure Code, the Law of tax evasion, the Law of companies.

The party also promised that companies would be able to submit online all documents in relation with tax authorities by the end of 2018.

By the end of 2018, the PSD also promises to cut in half the number of fiscal and non-fiscal taxes and to expand the number of courts handling commercial cases.

The political party also said it would offer a 10-year profit tax exemption for Research & Development centers in Romania.

The party promises also to cut the labor contributions from 39.25 percent to 35 percent as of January 1.

The PSD estimates in its economic program that the revenues to the budget are set to grow from 30 percent of GDP to 31.1 percent of GDP.