Vodafone Romania launches Supernet 4.5G with speeds of up to 800Mbps 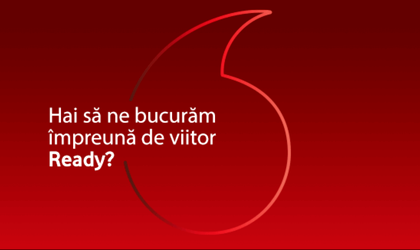 Vodafone Romania has launched Supernet 4.5G, which provides the telecom’s customers with enhanced optimization for video streaming, stronger built-in security and increased bandwidth. Supernet 4.5G is the first mobile network to demonstrate speeds in the range of 800Mbps on a commercially launched smartphone.

“Soon after our brand repositioning, which is centered on an optimistic approach of the way that technology and our lives will evolve in the future, we announce the Supernet™4.5G evolution, a key proof of the new brand commitment. It is our way of inviting our customers to enjoy the exciting future with the help of technology innovation”, stated Murielle Lorilloux, CEO Vodafone Romania.

“Following consistent investments in our network, we are now able to provide our customers with the best mobile experience and the highest commercial speeds available in Romania. It is for the first time that a mobile network provides commercial download speeds in the Gigabit range, thus creating the bridge between 4G and 5G”, stated Catalin Buliga, Technology Director, Vodafone Romania.

“Customers’ behaviour has been going through a revolution over the past years, with increased preference for video experiences on the move. In order for the network to support this revolution, we are now taking a step ahead and launching Supernet™4.5G, thus proving that our network is ready for the future”, said Andrea Rossini, Consumer Business Unit Director, Vodafone Romania.

The “RaceReady Vodafone” game is available for Apple and Android smartphones and tablets and is free of charge.