VIDEO: Steve Jobs’ ‘lesson’ for Facebook’s Zuckerberg on data privacy back in 2010 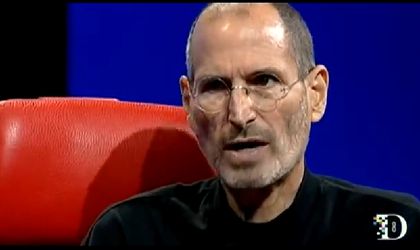 The co-founder of Apple, Steve Jobs, talked about data privacy during a conference held in 2010, which was also attended by the CEO of Facebook, Mark Zuckerberg. The video has resurfaced recently given the controversies surrounding the data protection mechanism on social media.

Facebook is currently reeling from a data scandal involving Cambridge Analytica, which improperly accessed information on millions of Facebook users, according to CNN.

This week, Facebook said it would bar third-party data from targeting ads.

“Privacy means people know what they’re signing up for, in plain English and repeatedly,” said Jobs in 2010.

“I believe people are smart and some people want to share more data than other people do. Ask them. Ask them every time. Make them tell you to stop asking them if they get tired of your asking them. Let them know precisely what you’re going to do with their data,” he added.