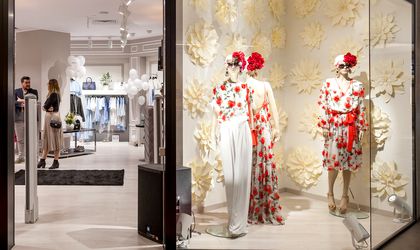 The lighting division of the Menatwork group, VEM Proiect Lighting, is considering a doubling of their business in the area of commercial lighting in 2017.

“After reconfiguring production and investments of over EUR 300,000 made in the last period, we managed to grow substantially the business area dedicated to commercial lighting. Last year, a quarter of turnover was made on this segment, given that in 2015 it represented 15 percent of business. Thus, we have all premises to believe that commercial lighting becomes the main business driver in 2017,” Viorel Niculae, VEM Project Lighting said.

“Very few know that the lighting of commercial spaces is an essential element in clients’ option to purchase,” Niculae said. Starting from these premises, we developed and promoted an innovative system of commercial lighting, namely the smart dynamic lighting of window displays, which we introduced for the first time on the Romanian market at the new Nissa shop recently opened in Mall Vitan in the capital. Following research, we can guarantee that this new system can create an increase of up to 20 percent of footfall,” Niculae said.