US to lift sanctions if North Korea dismantles nuclear programme 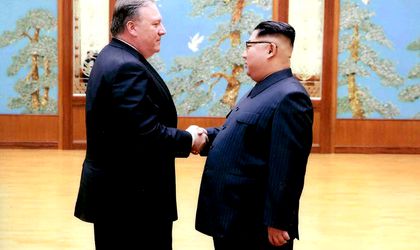 US Secretary of State Mike Pompeo says that Washington would agree to lift sanctions on North Korea if it agrees to completely dismantle its nuclear weapons programme, Reuters reports.

Pompeo said that this is an opportunity for North Korea to develop its economy and that there may even be private American investments in the country’s energy, agriculture and infrastructure sectors, but also that the US is not willing to invest taxpayer dollars to help North Korea.

“We can create conditions for real economic prosperity for the North Korean people that will rival that of the South,” Pompeo said.

President Donald Trump and Kim Jong Un are to meet on June 12 in Singapore, the first encounter between a sitting US president and a North Korean leader. State Secretary Mike Pompeo has already met with Kim Jong Un twice, and three American prisoners were released as a result of the second encounter.