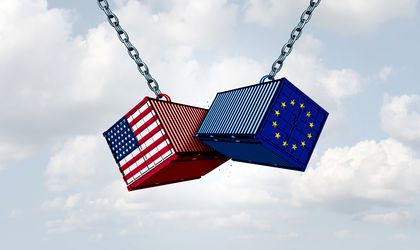 The United States have obtained approval from the World Trade Organization (WTO) to impose tariffs on USD 7.5 billion of goods imported from the European Union, as part of a conflict in which the two parties have been accusing each other of illegal subsidies for rival companies Airbus and Boeing, the BBC reports.

The tariffs will come into effect on October 18, and they include a 10 percent rate on aircraft and 25 percent on agricultural and other items, including wool clothing, bed linen, coffee, and tools.

The EU has threatened to retaliate with similar tariffs against US goods, but the European Commission said it hoped to reach a settlement while it waits for the WTO to decide what tariffs it could impose on the US, a ruling which is expected next year.

But US trade officials said the EU’s settlement offer came too late and did not resolve concerns about ongoing subsidies. Imposing tariffs is intended to produce a better proposal, they added.

The conflict between the US and the EU began in 2004, when the US filed a case arguing that cheap European loans for Airbus were equivalent to illegal state subsidies.

Earlier this week, the WTO warned that the global trade wars could threaten growth, jobs and living standards across the world.