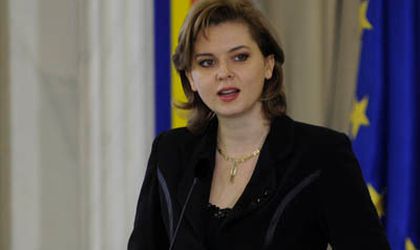 Roberta Anastase, president of the Chamber of Deputies and former Member of the European Parliament, has criticized France’s decision to repatriate the Rroma people existent in France to their country of origin, in a declaration for Radio France Internationale, on Thursday.

“The approach is not the correct one and this has been stated not only by Romanian authorities, but by the European Commission as well and not only once, but repeatedly. Collective forms of guilt are not correct. Certainly, for those who make mistakes, there is the law. The collective approach is neither correct, nor European”, stated Anastase.

Anastase also mentioned that there are two different ways of regarding the Rroma people situation: one that classifies it as a national issue, and one that sees it as European. “As a MEP, I proposed the creation of a European agency for Rroma people, to consider these specific policies of integration, starting with the premise that this community is a nomadic one, moving from one place to another and which one cannot hold on a certain territory”, continued Anastase.

However, the former MEP did not derogate the state of origin from the responsibility it holds in this matter. “The responsibility of the countries of origin is extremely high. Without doubt, there has been important progress, but not sufficient. There are many things to do on this matter”, concluded the president of the Chamber of Deputies.

France has announced an expulsion of a total of 700 Rroma people, sent to either Bulgaria, or Romania, depending on their country of origin. On Thursday, a group of 79 Rroma people will return to Romania, followed by 292 more, arriving in Bucharest on August 20 and 26.

The flight taking place on Thursday will be France’s 25th of this manner, since the start of the year. The Rroma people have accepted the voluntary repatriation for a sum of EUR 300 per adult and EUR 100 per minor. The repatriated will be allowed to return to France, however, if they choose to do so.

UPDATE: Traian Basescu has declared today that Romania uderstands France’s position regarding the expulsion of the Rroma people and that the two countries will cooperate in order to find a solution, as shown by Mediafax. “We understand the French government’s position. At the same time, we support, without reservations, the right of any Romanian citizen to circulate without restrictions within the European Union”, has stated the Romanian president. As a solution, he suggested the detachment of Romanian police troops to France, as was done last year in Italy, when confronted with the same issue.

Mircea Geaona, president of the Romanian Senate, has declared for Radio France Internationale that Romania’s reaction was “pale” and “unconvincing”, compared to that of France. Geoana considers the current situation of the Rroma people to be a matter of the highest interest, and should be discussed between the two countries’ presidents and ministers. Just like Anastase, Geoana considers the repatriation of the Rroma people to be a superficial solution for the issue. What’s more, the president of the Senate also sustained that Romania should be more involved in the integration of the Rroma, a problem which may not have seem as ardent lately due to the mass migration of the Rroma and of many other Romanian citizens in pursuit of better living conditions abroad.