UPDATE: Copyright contributions will be made online, declarations do not need to be on a monthly basis 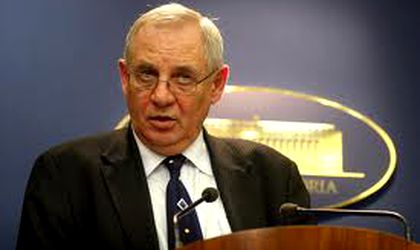 According to a modification that was brought to the fiscal code at the start of August, those who are remunerated with copyright royalties now have to pay social contributions, some of which are monthly, amounting to a total of 16.5 percent of the net copyright income. The same law applies to those who are PFAs (Persoana Fizica Autorizata – Self – Employed Person).

An approximate of 500,000 Romanians are paid through copyright fees, reports Mediafax. According to the new regulations, these people are expected to queue monthly at CNPAS (The National House of Pensions and Other Insurance Rights) and ANOFM (The National Agency for Employment) offices across Romania, by the 25th of the given month, and once a year, on January 25, at CNAS (Romanian National Health Insurance House), in conformance with their locations of permanent or temporary residence.

In Romania, there are people who are paid both through employment record, as well as through copyright fees. As Romanian National Health Insurance House (CNAS) president Lucian Duta stated on August 20, according to Mediafax, these people will pay their contributions to healthcare twice. The same situation applies in the case of the pension and unemployment contributions.

Although the law officially applies since the start of August, the poor communication of technical procedures regarding the application of the new fiscal law has lead to general public confusion and chaos among the concerned categories of people. Moreover, the fines announced if the deadline for the monthly declarations is crossed or if these forms are not filled out correctly have generated even more public dismay. The Labor Minister, Mihai Seitan (in picture) has however stated that for this month, there will be no fines for crossing the deadline.

Mihai Seitan has also declared on Wednesday that the current copyright fee situation is exaggerated by the media. Seitan has declared that CNPAS and ANOFM offices were usually crowded at this time of the month, as this is the time when firm representatives pay taxes. He has also mentioned that these declarations can only be made electronically by PFAs, but in the case of individuals, the procedure is not currently possible. Moreover, work programs for the concerned agencies have been extended to 6 or 7 PM.

Prime Minister Emil Boc, when asked on Tuesday about the necessity for 500,000 people to make monthly visits to unemployment and pensions offices, declared that “Regarding this, the Labor and Finance Minister can supply you with technical details. I cannot confirm them, because I am not familiar with the information”, according to Mediafax.

In Romania, a varied array of professionals is paid with copyright royalties, among whom, artists, architects, journalists, accountants and engineers.

Currently, the forms that need to be filled out are available on the concerned agencies’ websites: http://www.anofm.ro, http://www.cnpas.org (this site also has an English version) and http://www.cnas.ro.

UPDATE: Labour Minister Seitan has stated on Thursday, August 26, that the Ministry of Communications will facilitate the online payment of contributions for professionals via the portal e-Romania. Documents can be sent via post and the money can be deposited in the accounts of the local agencies of employment and pensions. Seitan has also added that this needs to be done by September 25 and will not have to be repeated on a monthly basis, unless corrections interfere. Penalties will be made only after the system will be become functional.