UniCredit’s Bucsa: Romanian inflation to go up in 2018, RON to depreciate against EUR 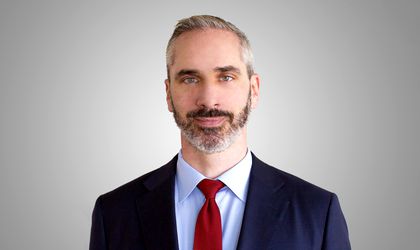 Romania’s inflation will increase in 2018 and the BNR’s interests might increase as well, while the local currency will depreciate against the euro, according to UniCredit Bank.

„Our inflation forecast is that it will increase at a high speed in 2018, 3 percent in January, 4 percent in the summer and then it will decrease. The forecast is based on three premises; the inflation in Euro zone under 1.8 percent, Eurodollar up to 8.25 percent and the oil price at the current level, with normal seasonal adjustments. Most part of this inflation increase is fiscal, meaning the increase in excises, prices of gases and electric energy. Another part is quasi-fiscal, the pressure of salaries in goods prices. For the potential reaction there are two scenarios. BNR can react or not. Starting from the premises that BNR will react, we forecasted three interest rate increases from February to May up to 2.50 percent. If the BNR doesn’t react, taking the Turkish model, as the Turkish Central Bank does never react, there will be pressure on the exchange rate. The difference is that a bank that reacts late creates volatility, as we can see in Turkey. The volatility comes from mistrust. The market doesn’t believe the Central Bank will keep the strict monetary policy on long term. Moreover the cost of regaining the trust is very high,” says Dan Bucsa, lead CEE economist within Unicredit.

In addition, he says that the RON will be the weakest currency in the region, as the EUR/RON exchange rate is forecasted at 4.60-70 in 2018.

Regarding the real estate, Bucsa says that it is far from a bubble.

Regarding the VAT collected, Bucsa says that all the neighbouring countries solved this issues, except for Romania. Poland started to see that the VAT refund was higher than the economy size and suspected that that VAT included fictional exports and fraud mechanisms, so it closed the possibility of requesting refunds to the firms in insolvency or to those located in apartments.

Currently Romania has an economic growth potential higher than the rest of Central Europe, but it is not enough exploited, according to Bucsa.

„What brought the economic growth in Romania in the first half of 2017 was the private consumption and the stocks. The biggest offer came from retail and industry, but what lacks in Romania is the investments in production capacity, which got to minimum lows after the economic crisis. The Romanian firms say they have enough production capacities or they have surplus, which contradicts the increase in industry. The economic growth also came” adds Bucsa.

Finally, he identifies some risks for the next year, which are internal, related to populism and nationalism;  specific, regarding the fiscal policy, such as the increase in salaries, as well as external, regarding the two speed-Europe  and the reverse of globalization.