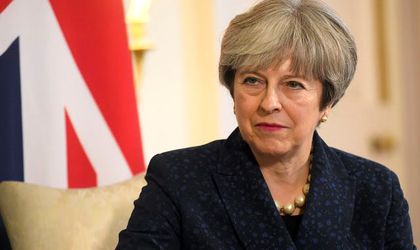 The British Prime Minster Theresa May has announced that the UK will expel 23 Russian diplomats, after Moscow refused to explain how a Russian-made nerve agent was used to attack a former spy and his daughter in Salisbury on March 4, according to the BBC.

The diplomats were identified as “undeclared intelligence officers” and they have to leave the UK within a week.

Russia denies being involved in the attempted murder of Sergei Skripal. The former spy and his daughter Yulia are in hospital in critical condition.

Theresa May gave Moscow a deadline to cooperate in the case, threatening that if answers are not given a set of measures will be imposed which will send a “clear message” to Russia, the first being the expulsion of 23 diplomats. Mrs May described Russia’s response as one of “sarcasm, contempt and defiance”.

Other measures include increased checks on private flights, customs and freight; freezing Russian state assets where there is evidence they may be used to threaten the life or property of UK nationals or residents; Ministers and Royal Family will boycott Fifa World Cup in Russia; all planned high level bilateral contacts between the UK and Russia to be suspended.

Russian Foreign Minister Sergei Lavrov has accused the UK of “playing politics” and ignoring an international agreement on chemical weapons, which requires a formal request for clarification and sets a 10-day time limit for  a response.