Two thirds of Romanian homeowners are unhappy with their housing choice 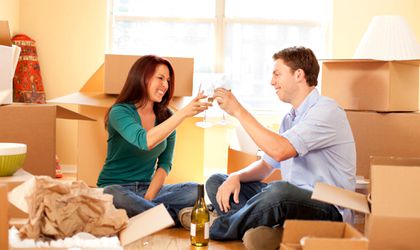 In Romania 3 out of 10 people are satisfied entirely with the home they acquired, according to data from RE / MAX.

The usual aspects causing dissatisfaction are the distance from the center of the city, the lack of a park nearby, lack of sufficient parking around the block or a lack of metro stations nearby.

“Compared to the average of Europe, in Romania new homeowners are especially young people, with the Prima Casa governmental program having a significant contribution in this regard. However, not everyone is fully satisfied with their choice, the majority opting for a home in the newly developed residential areas which are further from the city center, just to fit the available budget,” said Razvan Cuc, president of RE / MAX Romania.

At European level, 80 percent of homeowners believe they made the best decision, according to the study.

On the other hand, Romanians are at the same level with other Europeans regarding the duration of the purchase, dedicating to the search for a home about two months while viewing an average of seven apartments or houses.

RE/MAX is a real estate franchise system headquartered in Denver, with over 100,000 affiliated agents across 100 countries globally. In Europe the company is present in 33 countries with over 1,600 work points and 15,000 agents. In Romania 120 agents work in the 19 existing offices.