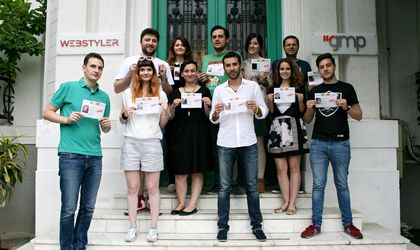 This year, the jury reunited in South Korea, that had among its members also a Romanian in the person of Adrian Botan, (McCann Worldwide London), selected only 1.802 finalist campaigns from the 21.530 works entered, from all around the world.

GMP Advertising and Webstyler, the only Romanian agencies awarded at the festival had two campaigns shortlisted, in four categories. The campaign that brought the Romanians the first free day in the EU dedicated to parents and children, for the client Itsy Bitsy FM, and “Romanians Adopt Remainians”, the most viewed Romanian campaign in the main publications of the world in 2016. And the last one of the two received two Gold trophies at Ad Stars, alongside famous international campaigns such as “The Bullet Pen” and “Correcting History” in the categories “Diverse Insights” and “Public Service Announcements”.

“When confronted with such a crises I feel that it’s important to see beyond it, to be capable to change mentalities, to unwind faces in a tense situation, to surprise, to unit. When you have such an opportunity, you as an advertising person are responsible, not only for a certain brand, but for the community you are living in,” said Bogdan Nitu, general director Webstyler.