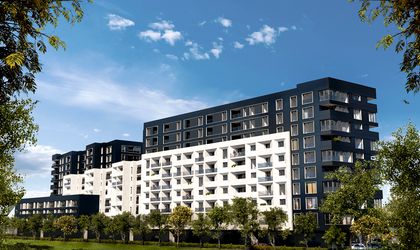 The Turkish real estate developer Caba Group launched 102 The Address, a mixed real estate concept, which involves an investment of EUR 50 million. Located on Barbu Vacarescu Street, no. 102, the project comprises 273 two-, three- and four-room apartments, which are due to be completed by the end of 2019, but also an office and a commercial components.

The project is served by 503 parking spaces, both overground and underground, which will be distributed over three floors. For the sale of apartments, Caba Group has signed an exclusive representation contract with the real estate agency Premier Estate Management and the partner bank of the project is Garanti Bank.

Also, the developer opened a showroom that includes a flat-sized apartment whose development meant an investment of EUR 500,000.

Caba Group relies on the diversity of housing units 102 The Address containig a mix of 23 apartment types, depending on the surface and the subdivisions. Purchase prices start at EUR 90,000, which corresponds to a price of EUR 1,500 per square meter built. The 23 typologies are grouped into three major categories, depending on the number of rooms and 94 units have already been sold.

Apart from the residential component, the Barbu Vacarescu project include both a 2,916 sqm commercial and 12 office spaces up to 195 square meters.