Turkey Attacks|Ponta: I was luckier than other Romanians 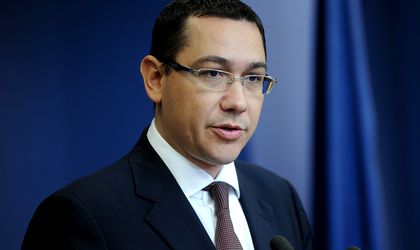 Former Romanian PM Victor Ponta was near Istanbul’s Ataturk Airport on Tuesday evening, when the deadly attacks hit the city’s main airport. “I was luckier than other Romanians”, Victor Ponta told broadcaster Digi 24, in the attacks’ aftermath. Ponta was due to fly to Bucharest around midnight but was forced to stay in Istanbul.

“I was in the car near the entrance to the airport. They did not allow us to enter and we left,” Ponta told Digi 24 from Istanbul on Tuesday night.

According to the former PM, “Turkey has the most advanced security measures. One cannot even enter and wait for somebody in the airport without passing a check, the one we all know when one boards the plane. Similarly, at departures there is an initial luggage control. (…) In any case, it is a tragedy and I only hope that we will all understand that nothing is more important for the civilized world than to show solidarity in combating terrorism that strikes Brussels, Istanbul, Paris, anywhere.”

“Condolences to those close to the victims,” Ponta later wrote on Facebook. “Solidarity with the Turkish people in the fight against the terrorist monsters! Another signal that nothing is more important in Europe today than cooperation for combating terrorism! I hope all Romanians who are now in the airport are safe!” Ponta added.

On Tuesday night Istanbul’s Ataturk Airport was hit by several coordinated bomb and suicide attacks that killed 36 and injured 147. The three attackers opened fire inside and outside the airport’s terminal and blew themselves up after being shot by Turkish police. All three attackers were killed.