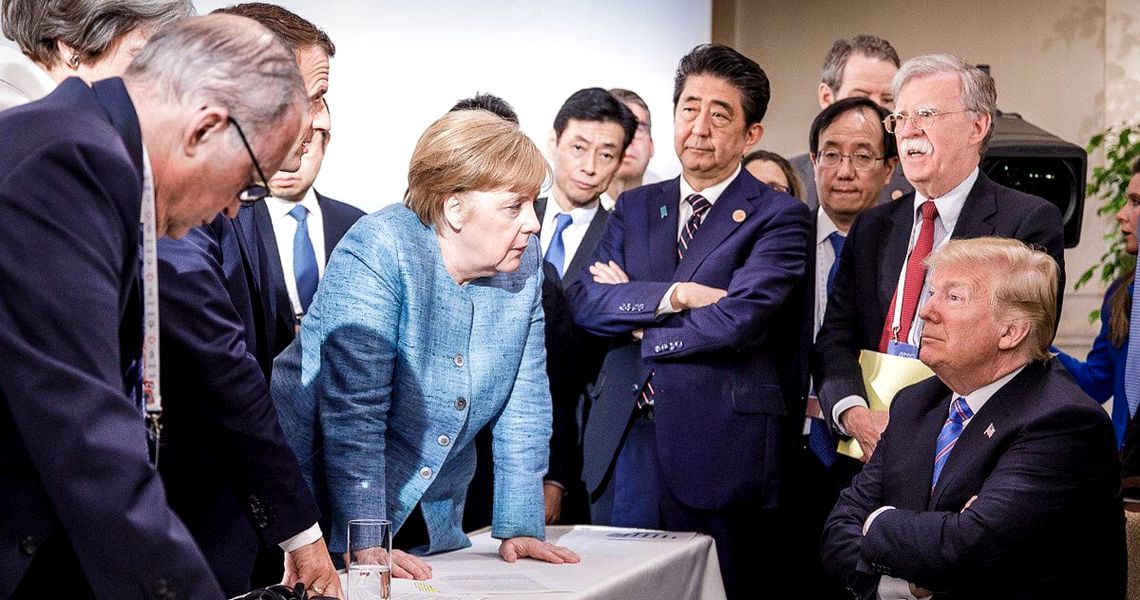 US President Donald Trump posted a series of angry tweets against his country’s closest allies after a very tense G7 summit in Canada, the BBC reports.

Trump said that the US paid “close to the entire cost of NATO” to help protect countries that “rip us off on trade” – “Fair trade is now to be called fool trade if it is not reciprocal”. He also attacked Canadian PM Justin Trudeau, saying that he is “very dishonest and weak” and “acts hurt when called out”, after Trudeau said Canada would take retaliatory action on new US trade tariffs.

Trump said that the US gets “unfairly clobbered” on trade despite “protecting Europe at a great financial loss,” referring to the contribution the US makes to the NATO budget, which is much larger than that of the EU.

At the G7 summit in Quebec, Trump rejected a joint statement with the rest of the G7 countries, saying that his refusal was based on Trudeau’s “false statements” and the fact that Canada charges “massive tariffs to our US farmers, workers and companies.”

In response, Trudeau said “Canadians are polite and reasonable but we will also not be pushed around,” suggesting that he would impose new tariffs on US imports, while German Chancellor Angela Merkel said Trump’s decision to reject the joint statement was “sobering” and “depressing”.

French President Emmanuel Macron said international cooperation should not be “dictated by fits of anger and throwaway remarks”.