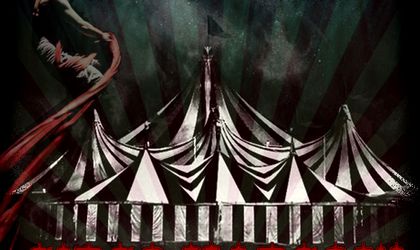 “Even if we are in a hurry and, even when we are in town with friends, we cannot let go of the smartphone, I believe in a story well told. If you also add interactivity, people are forgetting about emails and Facebook and entering your game,” said Paul Cioc, co-founder Trubaduro.

The hub’s biggest project is the game “Dinner with murder” – a new concept for the people in Bucharest that brings crime and the mystery that surrounds it at the dinner…on the same plate. The game says the story of a crime that is based on an intriguing scenario, for an hour, every dinner participant having a role, a mission and at least a secret. “Dinner with murder” is available for groups of at least six participants and the stake of the game is finding the killer, just like in the cops’ movies.

There were three original plays: Circul Marconi, Hotel Belverdere and Stiletto, the last one being recommended especially for the girls and the bridesmaids’ parties. All these games are taking part at Distrikt 42 (Old City, 3, Sfantul Dumitru street) and the first representation will take place this Sunday. Besides the fun generated by the game, Distrikt 42 prepares a personalized menu, with special prices for the “Dinner with murder” participants. The access fee for the games is RON 40, while the menu prepared by Distrikt 42 varies in between RON 35 to 40.

“I like to see Bucharest as a playground for adults, therefore in 2015 I launched the first project of mystery game type, combined with interactive theater <

After the launch of “Dinner with murder”, Trubaduro prepares for the people of Bucharest the first haunted house in Romania („Omul Negru” – The Black Man) that will be launched on Halloween.