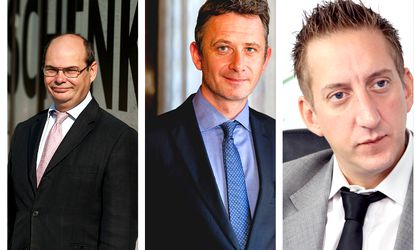 Booming investments in retail and manufacturing, coupled with consistent GDP growth and the presence of numerous automotive companies, have turned the market into an attractive one for freight forwarders and logistics companies, according to players. In the first quarter of this year alone, the volume of road freight grew by around 33 percent compared to 2015.

According to the Logistics Performance Index (LPI), a benchmarking tool published by the World Bank every two years that ranks countries according to their logistics “friendliness,” Romania’s score in 2016 was 2.99. In a ranking topped by Germany (4.23), Romania trailed most of its fellow EU neighbors, such as the Czech Republic (3.67), Poland (3.43) and Hungary (3.43). However, there is consensus among freight forwarders and logistics players that the Romanian market offers opportunities that other, more established markets, do not.

“In the industry, experts say we have a two-speed world: highly developed markets, where development is no longer possible, and then countries like Romania. Romania is an emerging market. A lot of companies in the transport market understand it was only the beginning, as there is a lot still to be done in the transport sector,” Albin Budinsky, CEO of DB Schenker in Romania, told BR.

In Romania’s case, the major market players have found the biggest growth opportunities in the automotive sector.

“Romania is becoming more and more interesting, due to the presence of automotive suppliers that produce components for automakers in Western Europe. If you go eastwards, towards Ukraine or Moldova, costs are lower, but high quality is more important. Romania should be aware that it is perceived as a good provider. If automotive companies are coming, this means the country offers the right combination,” said Budinsky, who sees further growth potential this year. After reaching EUR 104 million in turnover last year, the company aims to exceed this figure in 2016.

French carmaker Renault Dacia and American manufacturer Ford, alongside a series of automotive suppliers, are some of the clients of Gefco Romania, the firm’s CEO Jerome Chevrolet told BR. The company recorded a turnover of EUR 64 million last year.

David Goldsborough, CEO of Tibbett Logistics, told BR that the growth of investments in manufacturing and retail has supported the transport and logistics market in recent years and this will continue because the country’s GDP is growing at rates above the rest of the EU. He added that the company expects to register a turnover of around EUR 38 million this year, which would be a 9 percent growth year-on-year.

The gain in economic output has also translated into higher volumes for transport and logistics players this year.

According to data released by the National Institute of Statistics (INS), year-on-year, in the first quarter of 2016, road freight increased by 32.9 percent in terms of volume and by 32.6 percent for distance covered. Out of the total 42.5 million tons reported volume, 77.7 percent represents domestic transport. Rail and sea freight registered single digit drops.

The logistics market reached EUR 7.9 billion in 2014 and the figure is likely to have grown in the past two years due to the acceleration of economic growth and the boom in household consumption.

As highlighted by a study on the EU logistics sector published last year, shortage of staff is a significant issue for the logistics sector, which provides around 11 million jobs across the bloc. Locally, players employ staff retention strategies such as traineeships and personal development programs to keep specialists on board.

According to Budinsky, when it comes to administrative jobs, such as financial, legal, IT and more, Romania has many well-educated young people on the market, with very good English language skills.

However, although not only a Romanian phenomenon, problems arise when one looks to hire staff to fill more specialized positions, such as forwarding, air freight or experienced logistics managers. The company has responded by putting in place programs aimed at growing its own pool of specialists.

Chevrolet of Gefco Romania adds that while new firms are coming to Romania, the labor market is suffering because of emigration.

According to the head of Tibbett Logistics, “the task of securing and retaining drivers and high caliber staff for warehousing operations is becoming increasingly difficult.”

Romania has increased its attractiveness for investors despite the fact that the country performs poorly in terms of infrastructure development.

Alongside further investment in road infrastructure, which remains of the highest importance for the industry, players single out the port of Constanta and the country’s railway network as two other objectives of strategic importance.

“Compared to the neighboring countries,  there are some infrastructure projects that go faster than in Romania,” said Chevrolet of Gefco Romania. He added that the port of Constanta could become one of the most important ports in the region, but it needs massive investments and a strategy on the medium and long term.

“It is still not enough, but something is happening. But there are a lot of efforts,” concedes Budinsky, who has been in Romania for almost 20 years, on the state of the country’s infrastructure. He mentioned railway as one of the areas that is in direct need of investments.

According to a survey by Bucharest-based consulting firm FRD Center, a Romanian highway network connected to the European transport corridors could boost the efficiency of the local freight road transporters by 20 percent. Similarly, when completed, the Transylvania highway could decrease the expenditure of local freight transporters on international expeditions by 10-12 percent.

“If a big company is looking to establish a presence in Central and Eastern Europe, then infrastructure is a very important criterion in choosing the right location. That is why, from this point of view, the Czech Republic and Hungary for instance, are in a privileged position, but so is the western part of Romania,” said the head of DB Schenker in Romania.

Investments in IT and warehousing upgrades; gauging new market trends

Going forward, for DB Schenker one priority is the port of Constanta, where the company has its own facilities and employs 350 staff. Budinsky says the company plans to expand its warehousing capacity in Bucharest and will look for an investor to set up a partnership.

“IT tools are the future of logistics services,” said Chevrolet of Gefco Romania. He added that in the 2015-2016 period, the operator increased the number of wagons for car transport and rolled out new software management solutions for freight.

This year, Tibbett Logistics has invested in mechanical handling equipment and IT hardware and has opened new warehouse facilities in Deva and in the north of Bucharest. In addition, the company has renewed its temperature-controlled/multi-temperature trailer fleet for domestic retail/FMCG operations and is close to finalizing a six-figure euro investment in the purchase of another container stacker for its intermodal terminal operations.

Then there is the consolidation of integrated logistics support (ILS) solutions, which helped increase Gefco Romania’s sales, according to Chevrolet In addition, multi-modality is emerging as a major game-changer. For instance, Tibbett Logistics is currently conducting 15 percent of its total volumes through its intermodal terminal in Bucharest.

32.9 percent – the Q1 growth of the road freight volume in Romania Source: INS