Transport minister on motorway tolls in Romania: Not until we reach 1,500 km 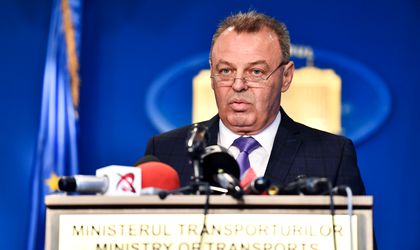 Transport Minister Lucian Sova announced on Wednesday that the government has no intention of introducing any tolls in Romania until the country reaches at least 1500 km of functional motorways, according to news.ro.

“Until we’ve reached 1500 km of motorways in Romania, I don’t believe that the Government will consider changing the taxation model”, Lucian Sova explained. “In the documentation of the Ploiesti – Brasov highway project it’s stated that the investment might be recovered by introducing a toll. But in order for this to happen, the project has to be finalized. And changing or introducing new taxation for the entire motorway network is a political decision”, the minister added.

He also explained that there are European laws that forbid a double taxation system for national roads in European countries.

Today, drivers in Romania pay a vignette for all national roads, except for municipal roads.

There are 790 km of motorways currently in use.

Only A2 is completed, while A1 is mostly completed with significant sections currently still under construction. A3 has two large segments that are currently in use, but most of it is still only planned, with only a small part now under construction. A10 will likely be the next finalized highway, while A4, A6 and A11 currently have only small segments in use. Plans to extend the current network include seven other motorways, but none are likely to be done in the near future.

The government announced on Tuesday that the contracts for the projection and execution of subsections 3C2 (Chiribis-Biharia) and 3C3 (Biharia-Bors) of the Brasov – Tg. Mures – Oradea (the Transylvania motorway) have been won by the association between Trameco SA – Vahostav-SK – Drumuri Bihor SA – Drum Asfalt SRL – East Water Drillings SRL, according to an announcement made by the National Road Administration Company (CNAIR).

The two subsections total 33.9 km of the motorway, between Chiribis and Bors.

Last week, Romania’s state-owned public roads company (CNAIR) opened the most beautiful motorway in the country, located in Transylvania near the city of Cluj, according to local NGO Asociatia Pro Infrastructura.

The 9-km Gilau-Nadaselu section of A3 motorway is ready since 2017 but the connection-bridge with the national motorway network was completed this month.