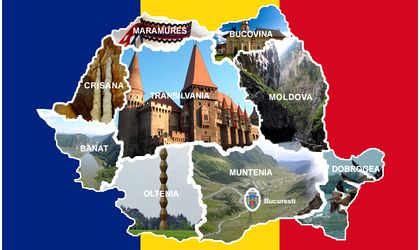 The number of tourists in Romania grew by 10.6 percent in Bucharest in August, compared with the same period of 2015, while the foreign tourists number slowed down compared with the first part of the year, says the National Institute of Statistics (INS).

In August, there were 1.57 million tourists in Romania, out of which 1.28 million were Romanians, with a market share of 81.3 percent of the total and the rest of 293,400 foreign tourists, according to News.ro.

The number of Romanian tourists increased by 11.5 percent compared with August 2015, while the number of foreign tourists grew by 6.9 percent.

„Out of the total arrivals, the Romanian tourists arrivals in accommodation functions represented in August 2015,” says INS.

The growth trend in August was slightly higher then July, when the tourists number grew by 9.4 percent compared with the same period of 2015 up to 7.47 million.

The number of Romanian tourists grew during January-August this year by 11.3 percent compared with the same period of 2015 up to 5.8 million and represent 77.8 percent of the total number of tourists, while the foreign tourists number grew by 9.9 percent up to 1.66 million.

From foreign countries, most of the tourists (220,600) came in August from Europe, mainly from the other 27 member states of EU.

However, the biggest increases were registered in the number of tourists from Africa, which gained 14.3 percent compared with August 2015, up to 1,600.