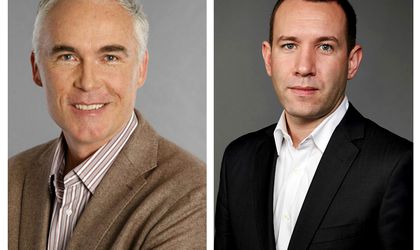 IPG Mediabrands announced that Mat Baxter has been appointed global chief executive officer at Initiative. Jim Elms, who has previously held this role, was named chairman of Initiative, and takes on new responsibilities as managing director of Interpublic. In this role, Elms will be part of the group’s efforts to drive increased collaboration between IPG Mediabrands and the broader network of Interpublic agencies.

“Today marks an exciting new chapter for Initiative. Anyone who knows Mat will tell you that his energy, exceptional strategic skills and commitment to the business will instantly be felt around the Initiative network. Mat will enhance Jim’s long-term vision and client focus, and together, they will propel the network to new heights and reaffirm Initiative’s position as unexpected and daring. The best is yet to come,” said Henry Tajer, global CEO, IPG Mediabrands

In September 2015, Baxter was named global chief strategy and creative officer at IPG Mediabrands. In this role, he led the global launch of the network’s “Dynamic By Design” positioning, brand redesign and helped launch the D100, a ranking of the world’s top 100 dynamic brands. He has been part of the leadership team at IPG Mediabrands since 2010.

In his new role as chairman of Initiative, Jim Elms will continue to report to Henry Tajer. In his new IPG responsibilities, Jim will also report to Philippe Krakowsky, Chief Strategy and Talent Officer of IPG and Chairman of IPG Mediabrands.

Initiative is a global communications network within IPG Mediabrands, one of the world’s preeminent media services entities and part of Interpublic Group. Initiative employs more than 2500 creative and dynamic colleagues in 94 offices in 73 countries managing approximately $14 billion in billings annually. Clients include Amazon, MillerCoors and Unilever.