Top 6 patrimony buildings you should visit while in Bucharest | What’s their rich history? 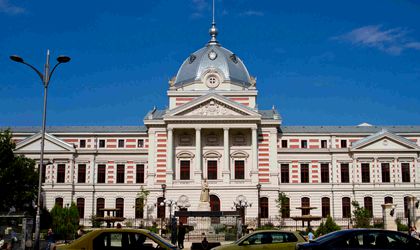 Business Review looks at some of the key patrimony buildings in Bucharest, as part of a series of exclusive reports on the state of historic buildings in Romania. If you plan to visit Bucharest, you should check them out. There are also a lot of locals who don’t know the rich history behind these buildings, although they get passed them every day.

Short description: The first owner was a real estate investor, Aron Iacob, who,at that time had several buildings in the area. The architect’s name is unknown, but studies reveals that some details are similar with Caru’ cu Bere (1893 – 1895) and the Herman Rieber house (1903), made by the architect Zigfried Kofczinsky. Since 2010, the building is currently owned by the Architects Union of Romania and currently they proposed a project to expand it, forming a new section for a library. Inside, there’s a beautiful luminary which offers natural lighting. Short description: The current Noblesse Palace was built in 1881 by the architect Alexandru Savulescu, and in 1903 was inhabited by the banker Leonid Berkovitz. Located downtown, built in eclectic style,the residence of the banker was where numerous meetings, banquets, evenings, house halls echoing music and good vibes were organized. The building has spacious rooms,different colored marble, stucco covered with gold leaf, with the ceiling painted with great art. Nowadays, the palace hosts exhibitions and events, as well as an interior design showroom. Short description: The church was built during the reign of the first fanariot prince, Nicolae Mavrocordat. During this time, the Greek hieromonk Ioanichie settled here, where he decided to set up an inn and a monastery. The inn was to ensure income to the monastery, a customary arrangement at the time. The inn burned down, but the small church remained. It was reconstructed and restored 200 years after it was built by Ion Mincu.

The rich carved stone decorations adorning the pillars and the window frames, the fine portal, the colorful floral pattern of the exterior mural paintings are impressive testimony of the refinement of Brancovan art. Short description: The building was designed by the French architect Jules Berthet for Nicolae Cesianu, a lawyer originally from Oltenia. The palace is built after the Renaissance model, which gave the highest importance to the first level,piano noble, ground floor being dedicated to the shops. On the first floor, the building has two saloons,the Red one and the Spanish one, with street-facing windows.

The central saloon from upstairs has walls decorated with stucco work and oil paintings that recall the style of the French painter Jean-Antoine Watteau. The compositions depict elegant groups of men and women at picnic or playing the different instruments.

The original decoration of the sumptuous lobby can still be seen today. Short description: The Choral Temple is a copy of Vienna’s Leopoldstadt-Tempelgasse Great Synagogue, which was built in 1855-1858 and designed by Enderle and Freiwald. The synagogue was devastated by the far right Legionaries, but was then restored after World War II,in 1945. The building was recently restored, after eight years of works. It still hosts daily religious services, being one of the few active synagogues in the city and in Romania.

Short description: Coltea Church, part of Coltea Settlements, is one of the largest architectural ensembles of the early 18th century. Coltea Church was founded by the Sword

Bearer Mihail Cantacuzino, a scholar of his time, a well-educated and widely-travelled man, descendant of one of the wealthiest boyar families in Wallachia. Coltea church is a representative and extraordinary monument of Brancovan art, remarkable for the mastery of decorative art that combines Byzantine,Oriental and Italian Baroque influences.

Photo of the Architects Union of Romania building by Adrian Balteanu