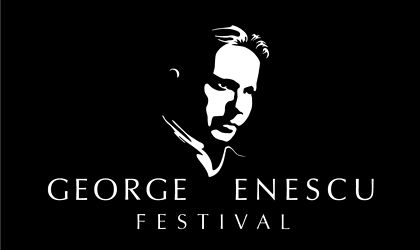 Each September brings the magic of national composer George Enescu to Bucharest, this time with the festival itself. The spirit of George Enescu is celebrated through his works and the younger generations of performers he inspired, enlivening Bucharest with the beauty of his magnificent music.

Due to some unfortunate cyber-attack, the festival’s website isn’t available, so the September 6 program is as follows:

Cellist Valentin Radutiu under the wand of Cristian Macelariu from 17.00 at the Romanian Athenaeum, with Czech Philharmonic Orchestra.

“The Suite is close […] to peasants’ spirituality, which it explores ever so deeper.” (Vasile Vasile, “Enescu’s Villageoise and its constellation”, in the magazine Muzica)

Shostakovich – Concerto no. 1 for cello and orchestra in E-flat major op. 107

Romanian National Youth Orchestra under the wand of Domingo Hindoyan from 20.00 at Sala Palatului.

According to the official information provided by Enescu Festival, the youngest symphonic orchestra in Romania, the Romanian National Youth Orchestra, was founded during the summer of 2008 in Sinaia, on cellist Marin Cazacu’s initiative, with the support of the Foundation “Friends of music – Serafim Antropov”. Its members, most of them between 19 and 26 years old, are selected from the best musicians in the country. From the beginning, maestro Cristian Mandeal has been in charge of the technical and artistic training. The project “Romanian Youth Orchestra – Enescu’s spirit and European tradition” started because there was a need to connect the young generation of Romanian musicians to the European requirements and artistic aspirations.

Beethoven – Concerto no. 1 for piano and orchestra in C major op. 15