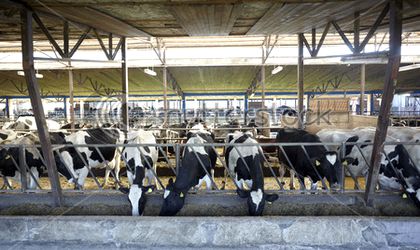 Dairy producer Tnuva will close its cow farm in Adunatii-Copaceni (near Bucharest) due to financial considerations, informs ynetnews.com.

“The cowshed and cow breeding is not Tnuva’s core business, so we asked ourselves whether we should invest efforts in breeding cows. The farm is not profitable and was built at the time to ensure the supply of milk to the dairy when there was a milk shortage in Romania. This is not the situation today,” said Arik Schor, Tnuva CEO, quoted by ynetnews.com.

The cattle farm is located 20 km outside Bucharest near the producer’s EUR 55 million production plant opened in 2007. It has 1,200 milk cows which generate 25 percent of Tnuva’s local milk production.

According Schor, the cooperative has enough milk from external suppliers. “Our suppliers in Romania include the cow farms set up by Israeli company Adama Holding, so the issue of shutting down the dairy was thoroughly examined,” said Schor.

Tnuva has a 7 percent market share in Romania and despite posting loss for several years it has announced that it will not leave the local market, according to the same source.