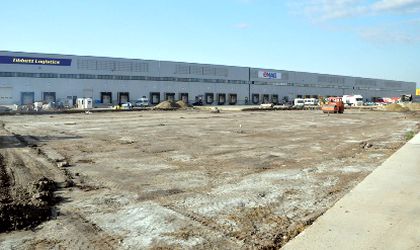 Privately owned contract logistics specialist, Tibbett Logistics, part of the UK-based Keswick Enterprises group, has announced plans to open a second intermodal (road-rail) terminal in the west of Bucharest.
The new terminal is located within Europolis Park Bucharest, part of CA Immo Group’s property portfolio in Romania, and will handle Tibbett Logistics’ own block trains between the city and the Port of Constanta, as well as trains with swap-bodies, containers, semi-trailers and tank containers to and from Western European countries.  Discussions are also advanced concerning the handling of car transporters.
Tibbett Logistics has operated an intermodal terminal in the east of Bucharest – primarily for block trains of maritime containers – since 2008.  Activities there will continue, and the new terminal will commence operations at the beginning of November this year.
The new terminal will be developed in phases over the next 12 to 18 months, with expectations that 14 trains a week will be handled by the second quarter of 2012.  In addition to the terminal platform for handling intermodal units, Tibbett Logistics will also operate an 8,500 sqm warehouse within the terminal, with a rail siding for unloading conventional rail wagons directly into the warehouse.
Tibbett Logistics currently operates a separate 22,000 sqm retail distribution warehouse in Europolis Park Bucharest, where it has been present since 2008.  In fact, it runs a total of five such distribution centers within a 10 km radius, employing over 550 people.