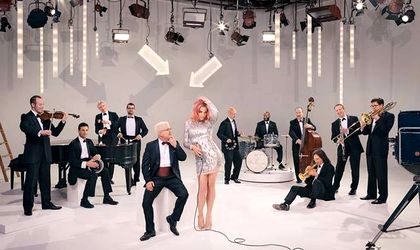 The members of the orchestra have multiple grooves, from cuban-jazz and chamber music, to Brazilian marches and soundtracks of noir music. Storm Large is the voice that will accompany Pink Martini in the European tour.

The concert takes place in Bucharest, at Sala Palatului, on April 20 and April 21