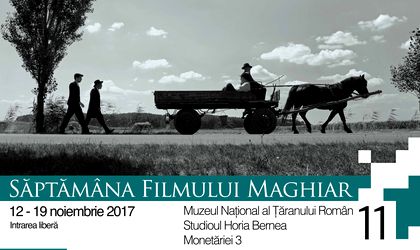 The Hungarian Institute in Bucharest organizes all week long the eleventh edition of Hungarian Film week, the gala of the Hungarian cinema productions in Bucharest.  The aim of the event is to offer an overall vision of the Hungarian cinema, of its variety and its present. The event will be held at the National Peasant Museum at the Cinema Peasant Museum, studio Horia Bernea. The films have subtitles in Romanian and English. Before projections, the university professor Radu Igazság, film reviewer and director of animation films, will make a short presentation of every film.